Infosys will be a board-managed company; will hold talks with all stakeholders, says Nilekani

Nandan Nilekani has been appointed as  non-executive, non-independent director and chairman of Infosys on the backdrop of Sikka's exit from his post on August 18, 2017. 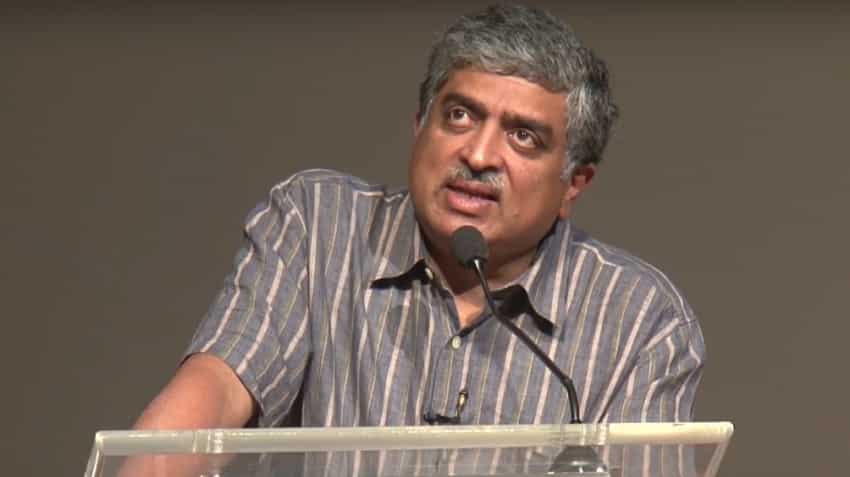 Nandan Nilekani the newly elected  non-executive, non-independent director and chairman of Infosys in a conference call held on Friday mentioned that he plans to stay in the company as long as necessary.

The comeback of Nilekani - who left the CEO post in the year 2007, was on the backdrop of Dr Vishal Sikka's resignation from his post as Managing Director and Chief Executive Officer on April 18, 2017.

Nilekani said,"Appointing me as Non-Executive Chairman of the Board was a unanimous decision was an unanimous decision. I am surprised to see universal support on my return. I plan to stay here at Infosys for as long as necessary."

He says, " My role is holistic, will interact with all stakeholders as goal is to ensure stability between  founders & co. Have already held talks with many
shareholders, clients & employees; all concerns of will be addressed."

Nikelani says he will take every effort to ensure that business performance is intact, see no disruption in near term. Once, his role is fulfilled, he will then exit Infosys as endeavor is to put the company on the right path.

"Infosys looking for the right candidate who will be able to demonstrate expertise, " said Nilekani.

When Sikka resigned, Infosys has stated that the search for his successor has commenced and a new permanent Chief Executive Officer and Managing Director takes charge, which should be no later than March 31, 2018.

Nilekani does not see any issue in clients relationship with Infosys.

He added, "Infosys will continue to be an 'iconic company'. It will be a board-managed company and will soon hold talks with stakeholders in this regards."

The first board meeting as non-executive chairman will be held in next week at Infosys.

In regards to co-founder NR Narayana Murthy, Nilekani referred to him as the 'Father Of Corporate Governance' In India.

Nilekani stated that Murthy is a big believer in having the highest standards of corporate governance.

Infosys board since February 2017, has been locked in dispute with founders led by the former chairman NR Narayana Murthy – who kept accusing the directors of governance lapses.

Infosys on August 24, said, "Nilekani is an iconic leader, a successful entrepreneur and investor, and someone who has played a pivotal role in India’s transition to a digital economy. Among his many achievements, Nilekani led the implementation of one of the world’s biggest technology initiatives, India’s Aadhaar program, which has now enrolled over a billion Indians and which is transforming the lives of ordinary Indians every day. He is also one of the co-founders of Infosys and served as its CEO from 2002 to 2007."

However, as Nilekani entered the board, this followed resignation of Vishal Sikka from his post of executive vice-chairman of the board as a director with immediate effect.

Other resignations included R Seshasayee, Jeffrey S Lehman and John Etchemendy. Infosys said that it has Ravi Venkatesan has also resigned as co-chairman of the board.

The company said that U. B. Pravin Rao who will continue as Interim CEO and MD.