Salil Parekh, CEO and MD said, “With increased client relevance, we saw double digit (10.1%) year-on-year growth in Q3 on a constant currency basis”, adding “We also had another strong quarter in our digital business with 33.1% growth and large deals at $1.57 billion which gives us confidence entering 2019”. 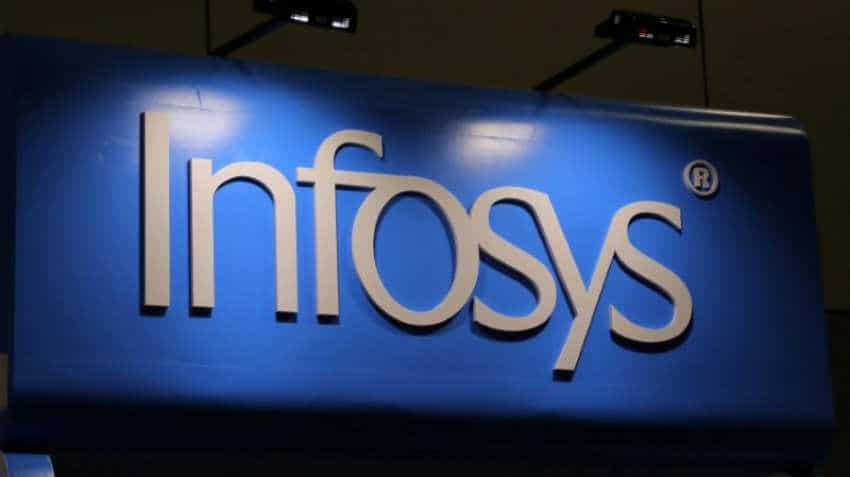 Infosys had earlier classified its subsidiaries Kallidus & Skava (together referred to as "Skava”) and Panaya as “Held for Sale”. Image source: Reuters

Infosys Q3 Results: IT major Infosys today announced its results for third quarter ended December 31, 2018, with revenues Rs 21,400 crore, growth of 20.3% YoY and 3.8% QoQ. The company's operating profit was Rs 4,830 crore, with a growth of 11.8% YoY and decline of 1.3% QoQ, said a company statement filed with BSE. After announcement of the Q3 results, Salil Parekh, CEO and MD said, “With increased client relevance, we saw double digit (10.1%) year-on-year growth in Q3 on a constant currency basis”, adding “We also had another strong quarter in our digital business with 33.1% growth and large deals at $1.57 billion which gives us confidence entering 2019”.

“Volume growth was strong and revenue productivity was stable despite Q3 being a seasonally weak quarter. We had good growth across geographies and large business segments”, said Pravin Rao, COO, adding “Attrition declined during the quarter and we are continuing on the path of increased interventions and employee engagements to reduce it further.”

The company's Interim CFO Jayesh Sanghrajka said, “We saw significant currency volatility during the quarter and managed it effectively by our hedging strategy”, adding “Cash generation was strong during the quarter. Executing on the capital allocation strategy announced in April 2018, we have announced a share buyback program and a special dividend.”

Highlights:- The board in its meeting held today approved the following:

After the execution of the above, along with the special dividend (including dividend distribution tax) of Rs 2,633 crore ($386 million) already paid in June 2018, the Company would complete the distribution of Rs 13,000 crore, which was announced as part of its capital allocation policy in April 2018.

As the USD/INR exchange rates have moved from April 2018 when the capital allocation policy was announced, the total capital allocation in US$ terms amounts to $1,872 million (comprising $1,184 million pertaining to buyback as mentioned above, $386 million towards special dividend paid in June 2018 and $302 million towards special dividend to be paid to shareholders in January 2019).

The company had earlier classified its subsidiaries Kallidus & Skava (together referred to as "Skava”) and Panaya as “Held for Sale”. During the quarter ended December 31, 2018, based on evaluation of
proposals received and progress of negotiations with potential buyers, the Company concluded that it is no longer highly probable that sale would be consummated by March 31, 2019. Accordingly, Panaya
and Skava have been de-classified from “held for sale” in accordance with the requirements of IFRS 5.

On de-classification, the Company recognized additional depreciation and amortization expenses of Rs 88 crore and a reduction of Rs 451 crore in the carrying value for Skava. The impact of the same on the Basic Earnings Per Share was a decrease of Rs 1.24 for the quarter ended December 31, 2018.The Company plans to repurpose Skava’s micro services based business and refocus Panaya’s suite of products.

Based on the recommendation of the Nomination and Remuneration Committee, the company board approved the re-appointment of Kiran Mazumdar-Shaw as the Lead Independent Director from April 1, 2019 to March 22, 2023, subject to shareholder’ approval.

“I am delighted that the Infosys Board of Directors has unanimously recommended Kiran MazumdarShaw for reappointment as the Lead Independent Director.”, said Nandan Nilekani, Chairman of the Board.

“Kiran has been a pillar of strength to the board, especially over the last eighteen months as we steered the company to stability and growth. As chair of the Nominations & Remuneration Committee, she played a critical role in the CEO and CFO selection process. Her continuity, experience and insights are greatly valued by the Board as it guides the company in executing its strategy in the coming years”, he added.