Infosys hits back at Narayana Murthy; says he is damaging the company

Attacking Murthy, Infosys said that Murthy has demanded that the Board adopt certain changes in policy, else he will attack board members in the public, which threat was carried out when the Board did not acquiesce. 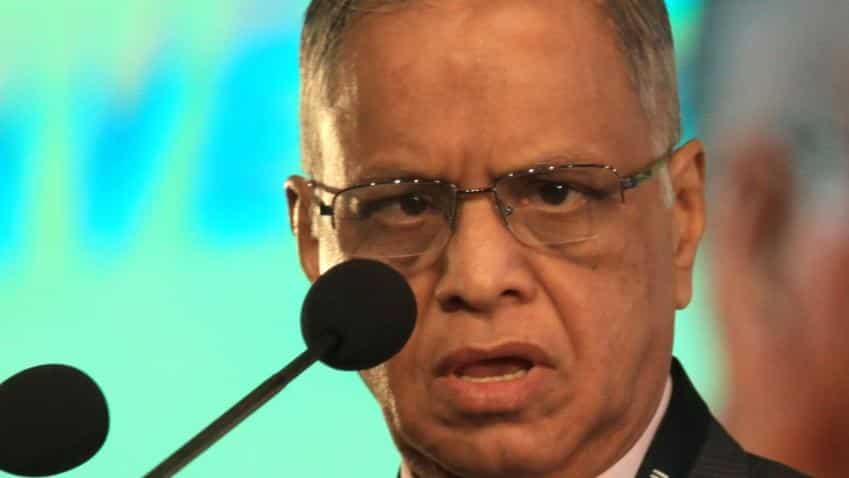 Hours after Vishal Sikka resigned from his position of CEO and MD of India's top IT company Infosys, the Board of the company has categorically denied charges made by its co-founder and shareholder NR Narayana Murthy.

In a statement to the stock exchanges, Infosys said, "The Board declines to speculate about Murthy’s motive for carrying out this campaign, including the latest letter. The Board believes it must set the record straight on the false and misleading charges made by Murthy because his actions and demands are damaging the Company and misrepresent its commitment to good corporate governance."

Infosys said that Murthy's continuous assault, including this latest letter, is the primary reason that the CEO, Vishal Sikka, has resigned despite strong Board support.

The company said, "Murthy’s letter contains factual inaccuracies, already-disproved rumours, and statements extracted out of context from his conversations with Board members," adding, "The Board has been engaged in a dialogue with the Founder to resolve his concerns over the course of a year, trying earnestly to find feasible solutions within the boundaries of law and without compromising its independence. These dialogues have unfortunately not been successful."

Infosys said that Murthy has demanded that the Board adopt certain changes in policy, else he will attack board members in the public, which threat was carried out when the Board did not acquiesce.

The company further said, "He (Murthy) has demanded that the Board appoint specific individuals onto the Board under similar threat, without appropriate disclosure and without regard to basic determinants of appropriateness or fit of the candidate for the role as a Board member."

The Board has, in its fiduciary role to consider all shareholder inputs, treated each demand from Mr. Murthy as a suggestion and only acted on suggestions which we believed was in the best interest of the company and declined to act on others. Over time the demands have intensified, which when declined by the Board resulted in the threats of media attacks being carried out, Infosys said.

"We are concerned that this type of campaign runs the risk of confusing investors and undermining the Company’s management efforts," Infosys said.

The company concluded, "Given the commitment of the Board to remain independent and pursue a chosen strategy, the Board currently has no intention of asking Mr. Murthy to play a formal role in the governance of the organisation."