If one-off provisions were not set, IndusInd highlighted that their net profit would have worked out at Rs 1,189 crore registering a growth of 25% on yearly basis. 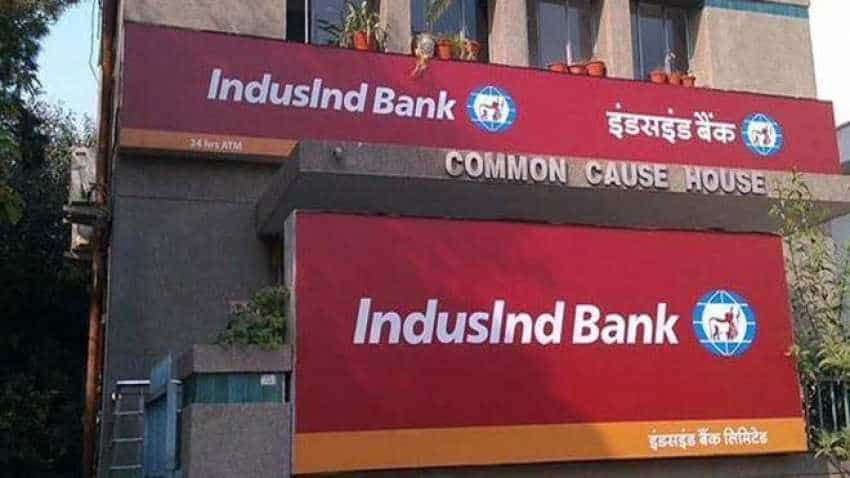 Private lender IndusInd Bank witnessed decline in their net profit during March 2019 (Q4FY19) quarter due to provisions set for a large infra group. The bank bagged a net profit of Rs 360 crore in Q4FY19, declining by a massive 62% from Rs 953 crore in the corresponding period of previous year. If one-off provisions were not set, IndusInd highlighted that their net profit would have worked out at Rs 1,189 crore registering a growth of 25% on yearly basis. However, the bank added one-off provisions for a large infra group amounting to Rs 1,274 crore in Q4, while Rs 1,803 crore for the entire fiscal FY19.

Net Interest Income (NII) which is the difference between interest earned and expended, came in at Rs 2,232 crore in Q4FY19, rising by 11% compared to Rs 2,008 crore in the same period a year ago. The bank stated that, adjusted for one of reversal, NII shows growth of 19%.

Meanwhile, net interest margin (NIM) for the latest quarter was at 3.59%, decelerating from 3.975 recorded in the corresponding quarter of previous year.

Talking about Q4FY19, Romesh Sobti, MD & CEO, IndusInd Bank said,” 2019 is a milestone year for us, as IndusInd Bank completes 25 years of operations. In FY 19, as well as Qtr4, while the Bank has witnessed robust growth in its topline as well as in operating profits, aggressive one time provisioning for a Group exposure in the infrastructure sector depressed the bottom line.”

In its financial audit report, IndusInd Bank gives details for provisioning made against assets. According to the report, advances were granted to various companies and SPVs belonging to a Group in the infrastructure sector amounting to Rs 3,004 crores (exposure to holding company of Rs 2,000 crores and operating companies / SPVs Rs 1,004 crores), were classified as ‘Non-performing - sub-standard' and provided for, in excess of Prudential Norms on Income Recognition, Asset Classification and Provisioning pertaining to the Advances Portfolio (IRAC norms).

An accelerated provision has been made taking the provision against holding company exposure to 70% and operating companies / SPVs to 25% . The contingent provisions made as a prudential measure, at Rs. 275 crores during Q2 FY 19 and Rs.255 crores during Q3 FY 19 have been adjusted accordingly, as per IndusInd.

Operating Profit for the quarter is Rs 2,068 crores, posting increase of 17% as against Rs 1,769 crores in the corresponding quarter of the previous year. Adjusted for one-off reversal, operating profit works out to Rs. 2,221 crores showing growth of 26% Y-o-Y.

Going forward, Sobti said, “ We are now pushing forward into FY20 basis our strong belief in new opportunities in the banking markets, especially in rural India, which is our next frontier. Our upcoming merger with Bharat Financial Inclusion Limited, which is now in its final stage, will be a critical step in this direction. This gives us a strong platform towards catering to the growing financial needs of the rural Indian market, and will be one of the big pillars of our growth in the near future.”

Tata Chemicals, IndusInd Bank shares surge up to 11% post q4 results; Here is what brokerages say on these counters