All Indian airlines together had transported a total of 73.22 lakh passengers in November 2015. 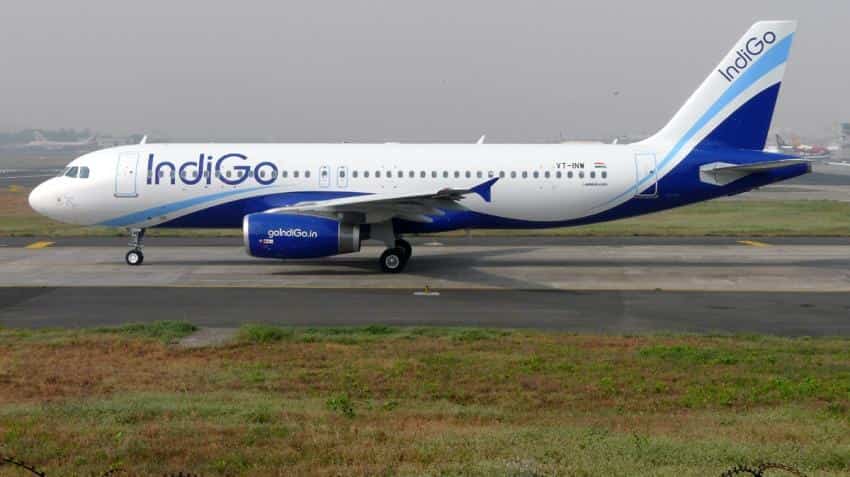 The airline has a fleet of 125 planes, which it plans to increase to 136 by March. Photo: Official Website
Written By: PTI
RELATED NEWS

On Time Performance (OTP) of budget carrier IndiGo, which touched the lowest in more than two years in November, is likely to remain under pressure in the current fiscal even as it continues to have the largest market share, says a report.

More than a quarter of IndiGo's flights failed to depart or arrive on their scheduled time last month and its OTP from four metro airports -- Delhi, Mumbai, Hyderabad and Bengaluru -- stood at a poor 72.4%.

IndiGo also recorded one of the highest cancellation rates last month, behind new entrant Air Carnival, regional carrier TrueJet and competitor GoAir. IndiGo could not operate as much as 1.46% of its total flights in November.

"There has been a sharp decline in OTP for IndiGo to 72.4% (in November), lowest in more than last two years. While this could be due to fog related disruptions in the winter, with even higher capacity addition planned during the remainder of FY17, the on time performance could remain under pressure for IndiGo and will be keenly watched," ICICI Securities said in a report.

IndiGo continued to dominate the domestic market having flown 37.73 lakh passengers last month while its market share touched 42.1% during the same period.

The airline has a fleet of 125 planes, which it plans to increase to 136 by March. Budget carrier SpiceJet recorded yet another high Passenger Load Factor (PLF) of 92.5% in November, while reporting best OTP for the third consecutive month.

PLF is a measure of how much of an airline's passenger carrying capacity is used or average percentage of seats filled in an aircraft.

All Indian airlines together had transported a total of 73.22 lakh passengers in November 2015. The trajectory of Indian aviation has remained largely on the same course of higher traffic, higher PLFs with weaker yields in 2016-17 thus far, the report said.

Starting third quarter, it said, there has been significant improvement in PLFs by the market leader IndiGo relative to other airlines which would put pressure on the competition.

"We believe that without major plans of near term capacity addition and already high passenger growth, sustaining lower yields will start to lose marginal benefits from here on for most of the airlines except IndiGo, further exacerbated by rising crude prices," the report said.

IndiGo possesses the lever of volume addition unlike others which can insulate some of its earnings even under lower fares/higher crude prices, ICICI Securities said.

Higher PLFs can provide additional safeguard to the earnings of IndiGo through increase in topline as well as margins, it added.

According to the report, for five consecutive months now, passenger growth has been significantly higher than the capacity growth, which "augurs favourable supply demand dynamics for the industry".