IndiGo owner Interglobe Aviation's shares tumbled 9% on Thursday after a report that the co-founders and two largest shareholders of India`s largest airline were at odds. 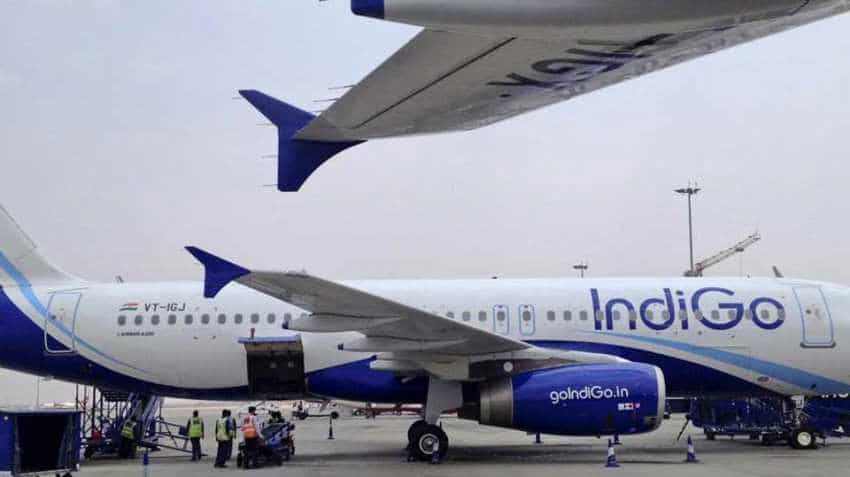 IndiGo owner Interglobe Aviation's shares tumbled 9 percent on Thursday after a report that the co-founders and two largest shareholders of India`s largest airline were at odds over its expansion. The Economic Times (ET) reported that serious differences had arisen between the airline`s co-founders that could have an impact on the functioning of the company. Citing sources close to the matter, the newspaper said among the issues were clauses in the shareholders` agreement and differences between the founders over their strategies and ambitions for the airline.

Co-founders Rahul Bhatia and Rakesh Gangwal, along with their respective families, each control stakes of slightly less than 40 percent in the airline`s holding company, giving them both a major say in its strategy and plans. IndiGo sought to allay concerns about the discord.

"I want to assure you that the growth strategy of the airline remains unchanged and firmly in place," IndiGo Chief Executive Rono Dutta said in an email to employees.

IndiGo, which declined to comment, said in a statement to market regulators that it was "not in a position to comment on such news as it relates to the promoters of the company."
Bhatia did not respond to requests for comment, while Gangwal was not immediately reachable for comment.

"If it doesn`t get resolved quickly and amicably it could lead to a loss of shareholder value as we have seen in other companies," Shriram Subramanian, founder of proxy advisory firm InGovern, said.

Similar boardroom disputes roiled Indian IT services company Infosys and salt-to-software conglomerate Tata Sons in 2017. The disputes, which played out in a public war of words, dented the images of both companies and caused major disruptions for their management teams.

India`s aviation sector has been roiled by the collapse of Jet Airways, which has sent travel prices soaring. Jet, once India`s largest private carrier, was crippled by mounting losses as it attempted to compete with low-cost rivals IndiGo, SpiceJet and Wadia Group-owned GoAir.

IndiGo, SpiceJet and GoAir have been rushing to fill the vacuum left by Jet and gain control of its valuable slots. Some have also been scrambling to hire former Jet pilots, cabin crew and engineers, while looking to lease planes that have been repossessed by Jet`s lessors.

IndiGo, launched in 2006, has a nearly 47% market share in India. The airline has a fleet of 225 aircraft and flies to more than 70 destinations globally.

ET said the founders are trying to resolve their differences without impacting the functioning of the airline.

Khaitan & Co and J Sagar Associates, two of India`s top law firms, have been retained by the founders, two sources familiar with the matter said. Khaitan and J Sagar declined to comment.

Gangwal, an American and an aviation industry veteran who spent years in senior roles at United Airlines and US Airways, has been a big factor in driving IndiGo`s emergence as one of the fastest growing carriers in the world. Bhatia in turn has been running things on the ground in India.

ET said differences cropped up on several occasions in the last two years between the duo, with Gangwal supporting rapid growth and Bhatia favouring a more cautious approach.

ET said they differ on how to capture the next leg of growth with Bhatia favouring buying wide-bodied aircraft to pursue its international expansion, while Gangwal prefers budget carrier Southwest Airlines` model of operating a single model aircraft.

IndiGo`s fleet consists of more than 200 Airbus SE A320 and A321 narrowbody aircraft, along with just over a dozen ATR turboprops. The airline has previously said it is in talks with manufacturers over wide-body planes.