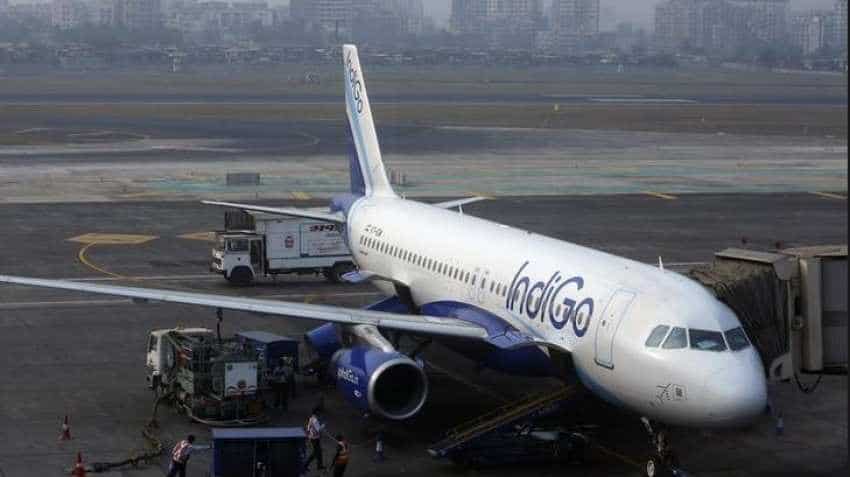 IndiGo might ramp-up its daily services to three times a day, as this route has great potential. Image source: Reuters
Written By: ZeeBiz WebTeam
RELATED NEWS

Domestic airline IndiGo today started daily flight operations between Kolkata and Vietnam commercial capital Ho Chi Minh City. This comes on the heels of new daily service to the country's capital Hanoi from Kolkata.  The airline might ramp-up its daily services to three times a day, as this route has great potential.

The new routes hold immense potential for growth and the airline might ramp-up its daily services to three times a day, IANS reported quoting IndiGo`s Chief Commercial Officer William Boulter. At present, the airline's Thailand services have a lot of demand. The airline said that this new service may witness same kind of demand.

In the last five weeks, the airline launched four flights to Myanmar, China, Vietnam and Kuwait.  It has operations in 60 domestic and 23 international destinations. The airline started expansion of its international footprint after Jet Airways' flights were grounded. Other airlines like GoAir have also started operation on various overseas routes.

After grounding of Jet Airways, there was a demand-supply gap and these airlines are trying to fill that gap. Air ticket prices have also gone up after Jet Airways was grounded.