Indian consumers prefer natural supplements when it comes to personal care products, the market for which as stated by the Nielsen report is at Rs 18,500 crore today. 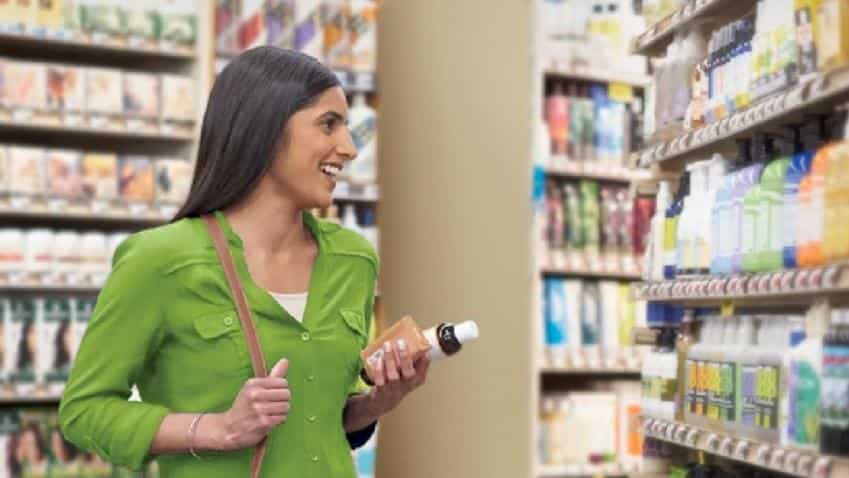 Even as Baba Ramdev captures imagination with Patanjali's natural and ayurvedic products, a Neilsen report says that Indians are going back to 'naturals' at a very fast rate. So much so, the value growth of the natural segment is racing ahead at almost 2.2 times that of non-naturals (2.9%).

“There is a growing trend among Indian consumers who look for natural ingredients in personal care products – an affinity and innate belief in the goodness of ancient Indian wisdom,” Shukla added.

Consumers are drawn to Indian brands when it comes to naturals, under the assumption that manufacturers of these brands use ‘common kitchen ingredients’, making it safe for consumption and less likely to result in side effects or allergies, the report said. 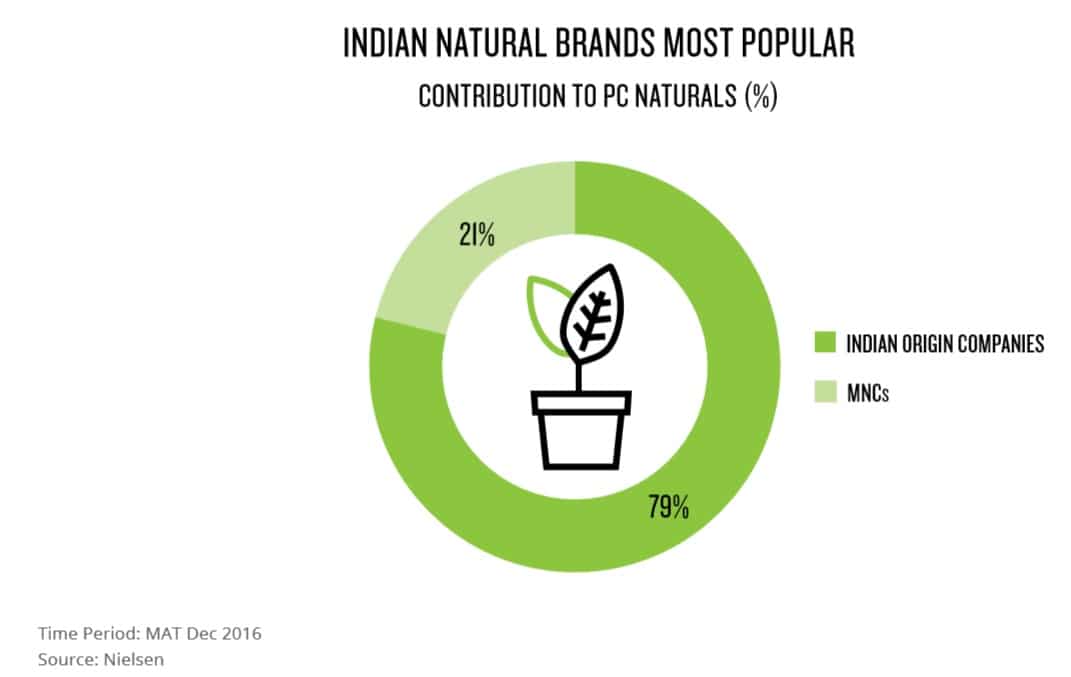 When it comes to brands the report said that 77% formed core natural brands.

Although companies like Himalaya and Dabur had ayurvedic and 'natural' products in their array for quite some time, the entry of Patanjali has surely changed the dynamics of the market.

Hindustan Unilever Ltd (HUL) too announced the re-launch of its ayurvedic brand – Ayush, with 20 products of toothpaste, skin creams and other beauty products, in December 2016.

What's better, Neilsen points out, is the fact that pricing of the natural segments was much lower than other brands.
“As far as natural variants go, consumers don’t associate quality with price. Natural variants in personal care are priced 12% lower than the category average, making it 17% lower than average non-naturals,” the report added. 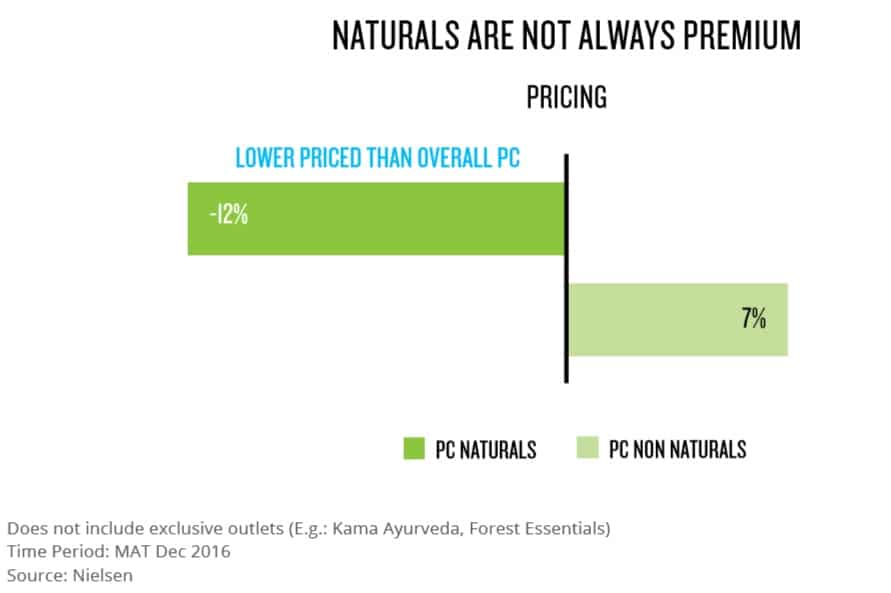 Hair oil was the most popular in the natural personal care segment at 34% and toilet soap came in second at 30%. 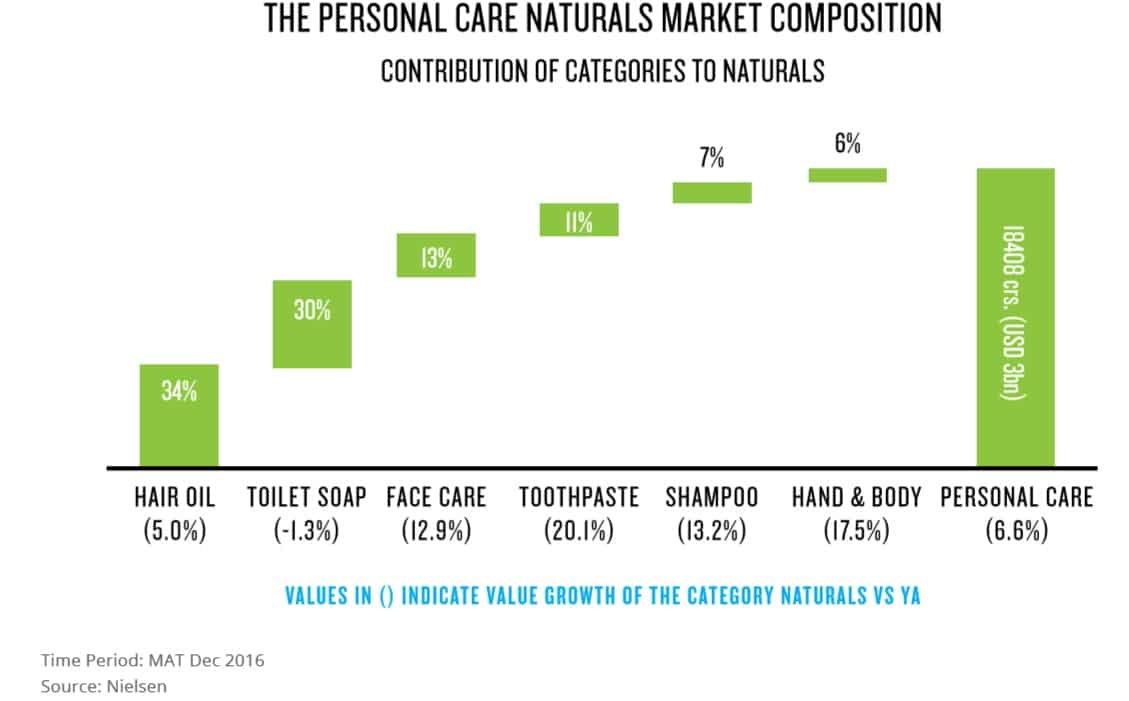 “In west Bengal, Delhi and UP, though naturals are contributing less than the national average, it is growing faster, indicating that these are regions where the opportunity lies,” Nielsen said. 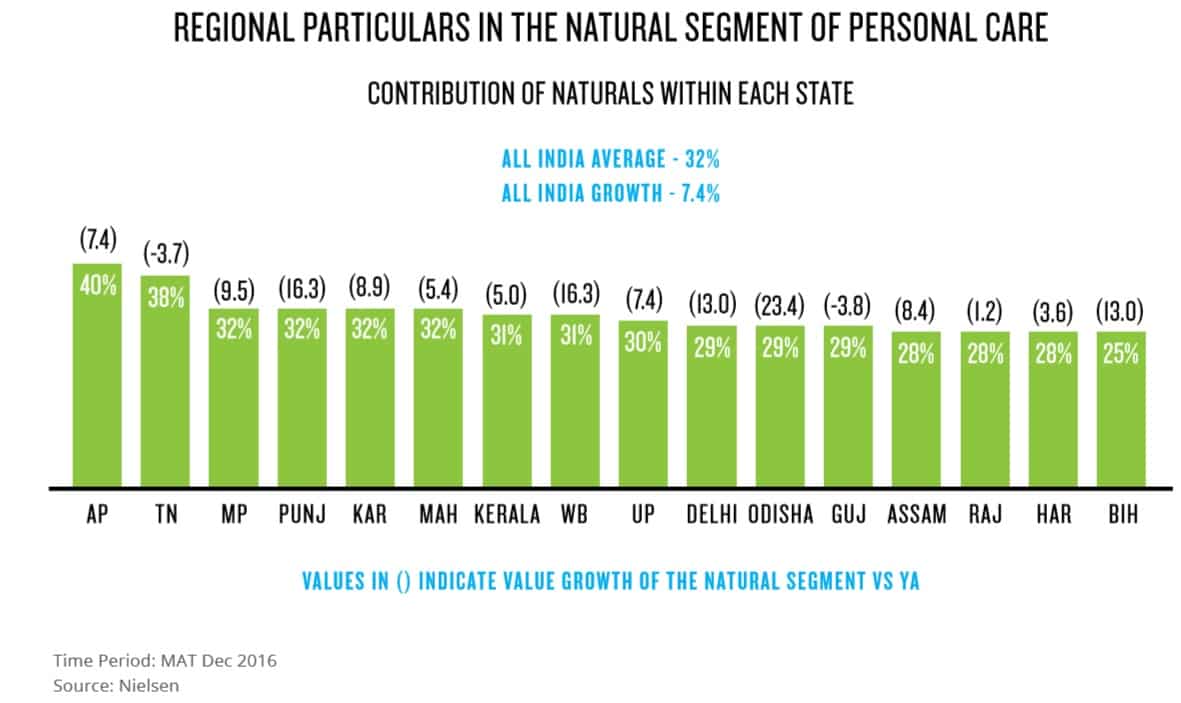 “While naturals are growing faster than non-naturals across population strata and channels, chemists emerge as the fastest growing channel for naturals,” the report added. 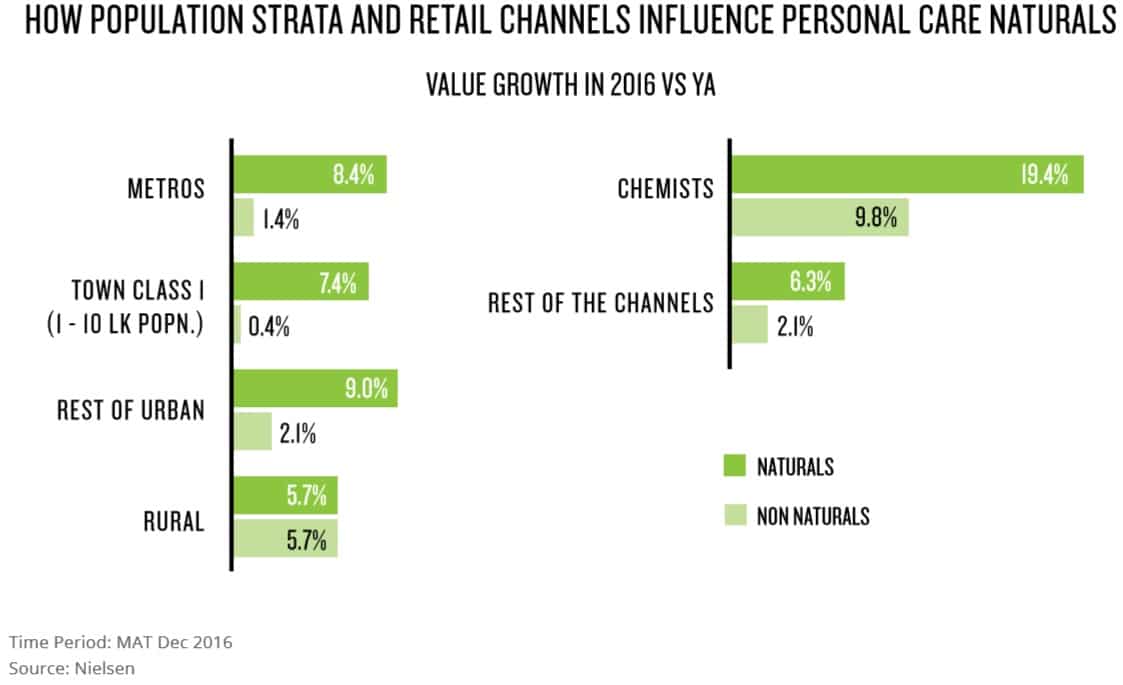