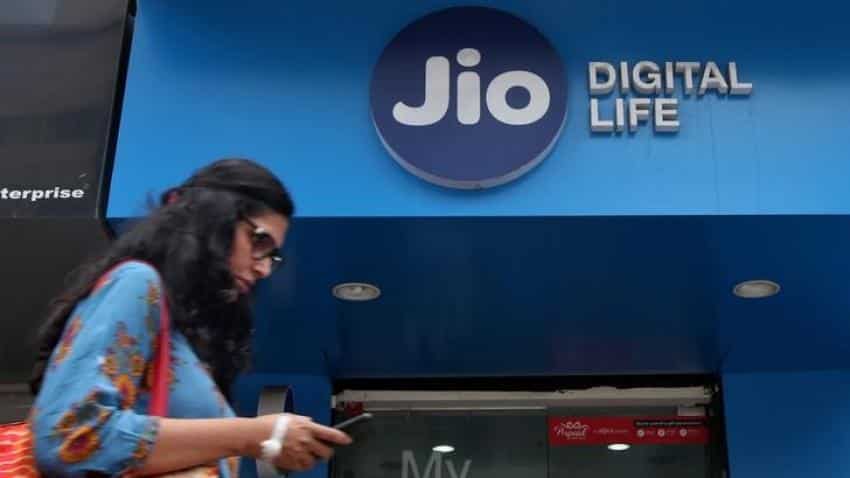 A woman checks her mobile phone as she walks past a mobile store of Reliance Industries' Jio telecoms unit in Mumbai. Image Source: Reuters
Written By: Reuters
RELATED NEWS

Jio, the telecom arm of Reliance Industries Ltd, said on Tuesday the revision was "a response to Airtel`s tariff changes", which would help it maintain "its price leadership".

Idea Cellular Ltd, India`s third-biggest telecom network operator, dropped as much as 5.7 percent to its lowest since Dec. 18, 2017 ahead of its quarterly results later in the day.

Debt-ridden Reliance Communications Ltd slipped as much as 2.2 percent.

Jio entered India`s highly-competitive telecom market in late 2016 and disrupted the space with free-voice and cut-price data plans, forcing rivals to match its tariffs and dragging their margins lower.