The Cabinet on June 2 cleared the proposal to set up India Post Payments Bank (IPPB) with a corpus of Rs 800 crore and a plan for 650 branches operational by September 2017. 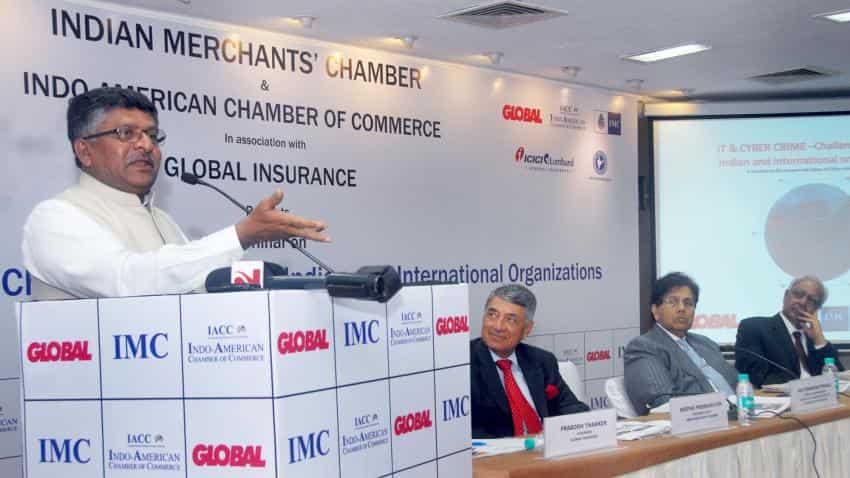 650 branches of postal payments bank to be operational by September 2017: Prasad

Government is firming up plans to set up 650 branches of India Post Payments Bank at all major district headquarters by September 2017, Telecom and IT Minister Ravi Shankar Prasad said on Saturday in a letter to all postal employees.

"The India Post Payments Bank shall be set up with an investment of Rs 800 crore. The plan is to roll out 650 branches at all major district headquarters so that it may leverage the extensive outreach of the Department of Posts (DoPs)," Prasad said in the letter.

The Cabinet on June 2 cleared the proposal to set up India Post Payments Bank (IPPB) with a corpus of Rs 800 crore and a plan for 650 branches operational by September 2017. It will be scaled up further to cover the entire country by the end of 2018-19.

"The Prime Minister Narendra Modi has urged that these 650 branches shall be made fully functional by September 2017," Prasad said.

Department of Post (DoP) is gearing up to launch the payments bank with a workforce of 3.5 lakh.

Prasad, in his letter, reached out to all postal employees for support.

"I earnestly appeal to all employees of the department and the Grameen Dak Sevaks to take pride and ownership in establishing the India Post Payments Bank (IPPB) which truly serves the cause of Antyodaya - serving the last man standing," he said.

He reasoned that the postman has a vital emotional connect and is almost part of every family in villages.

"In coming days, the role of all employees, including Grameen Dak Sevaks, will be very significant in successful rollout of the Payments Bank to make financial inclusion possible for every Indian," Prasad said.

DoP at present manages around 1.55 lakh post offices, of which about 1.3 lakh are in rural areas.

"I have no doubt in my mind that given your capabilities and your whole-hearted co-operation, we can accomplish the task. India Post has a footprint in every corner of the country," Prasad said.

IPPB will offer digitally-enabled payments, banking and remittance services of all kinds among entities and individuals as also provide access to insurance, mutual funds, pension and credit products in partnership with third-party financial service providers and banks.

"IPPB is being set up primarily to achieve the goal of full financial inclusion of the people in our country. It shall be a technologically-enabled banking platform that gives a wide range of services such as direct benefit transfers and all kinds of payments and remittances," the minister added.

650 branches of postal payments bank to be operational by September 2017: Prasad