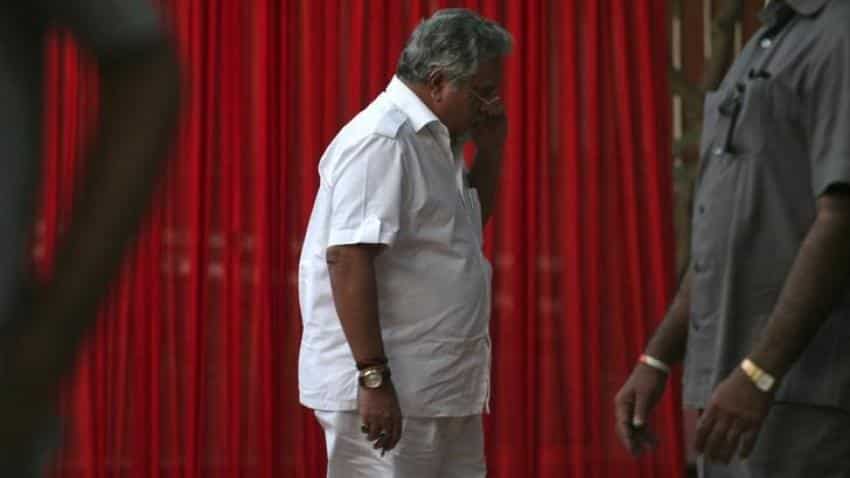 It has taken India close to 11 months to get the extradition process in motion from the date Mallya left the country on March 2. Image Source: Reuters
Written By: ZeeBiz WebTeam
RELATED NEWS

A third attempt to bring Vijay Mallya back to India from the United Kingdoms was set in motion on February 9 via the Ministry of External Affairs (MEA). India handed over a request for the liquor baron’s extradition to the British High Commission in New Delhi.

It has taken India close to 11 months to get the extradition process in motion from the date Mallya left the country on March 2.

So why did India fail to bring Mallya home last year?

Hopes of bringing Mallya to justice spiked again in November last year as India asked Britain to extradite nearly 60 people wanted by it, including liquor baron Vijay Mallya and Chirstian Michel, the alleged middleman in the AgustaWestland helicopter deal, for bringing them back to face justice.

Talks between PM Modi and UK PM, Theresa May were on the lines that the two countries would not allow fugitives and criminals escape law and resolved to facilitate outstanding extradition requests.

Lists of the wanted fugitives that needed to be taken into custody by the respective countries were exchanged between the two countries.

Two weeks post the leaders had their share of talks the CBI moved court with a petition for an extradition request of the wilful defaulter - Mallya.

The extradition request was then sent to the Ministry of Home Affairs and the MEA and then to the authorities in the UK.

In an earlier report by Zeebiz we detailed the process of extraditing an individual as detailed by the CBI to be as follows.

If an extradition treaty exists between India and the requested country, the extradition request and documents connected therewith should be prepared on the basis of provisions of Extradition Treaty.

1. It should be in spiral bound and contain an index with page numbers.

2. The request should be supported by a self-contained affidavit executed by the Court by whom the accused is wanted or by a Senior Officer in charge of the case (not below the rank of Superintendent of Police of the concerned investigating agency) sworn before a judicial Magistrate (of the court by which the accused is wanted for prosecution). The affidavit should contain brief facts and history of the case, referring at the appropriate places the statements of witnesses and other documentary evidences. Criminal's description establishing his identity; provision of the law invoked etc. so that a prima facie case is made out against the accused criminal.

4. The affidavit should indicate that the offences for which the accused is charged in India.

5. The affidavit should also indicate that the law in question was in force at the time of Commission of offences and it is still in force, including the penalty provisions.

7. The affidavit should also indicate that if the accused were extradited to India, he would be tried in India only for those offences for which his/her extradition is sought.

8. Copy of First Information Report (FIR), duly countersigned by the competent judicial authority, should be enclosed with the request.

9. Comeptent authority should countersign copy of charge sheet, which is enclosed with the documents.

11. Warrant of arrest should be in original and open dated indicating clearly only those offences for which the accused is charged and Court has taken cognizance with relevant sections thereof.

12. Nationality, identity and address of the accused including his photograph should be made available with the request.

14. The extradition request is to be made in quadruplet (four copies). All original and copies should be attested /authenticated by the concerned court.

15. All the documents should be very clear, legible and in presentable form as they are to be presented to the sovereign Governments of Foreign Countries.

16. Original documents in national languages should be sent along with certified English translation of each such document from authorized translators.

17. Extradition requests/documents to the country where English is not first language should be submitted along with duly translated copy in host country's local language. The Court issuing warrant should certify such translated copy.

18. After completion of necessary formalities, the request for extradition should contain a letter/note from a Senior Official (not below the rank of Joint Secretary) or the concerned State Government indicating the correctness of the case/material with a request to the Central Executive to forward it to the Government of the concerned foreign country.

Once the 84th man on Forbes list (2013) Mallya now faces a CBI probe for his airline Kingfisher Airlines defaulted on loan repayments worth over Rs 9000 crores.

While announcing the Union Budget on February 1, Finance Minister Arun Jaitley proposed legislation changes and introduction of a law to confiscate assets of ‘big time offenders’ fleeing the country in the hopes of escaping the reach of law.

State Bank of India on several occasions tried to auction off Mallya’s properties including his private jet, property in Vile Parle and Goa and cars among others. But failed to do so.

The board of United Breweries on February 8 asked Mallya to step down as its non-executive chairman following a SEBI order which barred the embattled businessman from holding directorship in any listed company.

In January 2017, SEBI had banned Mallya and six former officials of United Spirits Ltd (USL) from securities markets in a case related to illegal fund diversions, while probe is on into the role of auditors and change of control at the company.