If LIC was listed, it would be the most valued company in India: Arun Jaitley 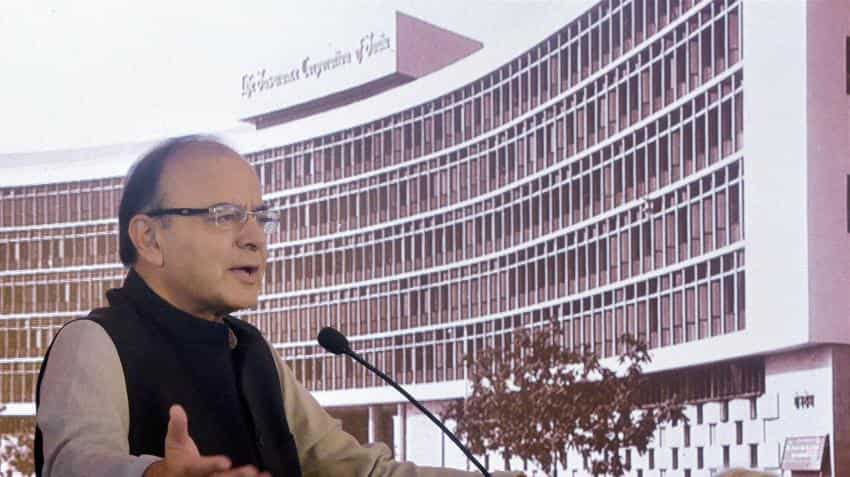 If the nation's largest financial entity LIC is listed on the bourses, it would command the highest valuation in the country in terms of market capitalisation, Finance Minister Arun Jaitley said on Thursday.

"If LIC is listed, it would be the most valued company in the country with the highest valuation as well as one of the largest across the world," he said in Mumbai.

Jaitley was speaking while launching the Diamond Jubilee celebrations of the Life Insurance Corporation of India (LIC), the largest financial institution with over Rs 22.10 lakh crore in assets which is over 15% of India's gross domestic product (GDP) of Rs 134 lakh crore.

But the minister did not say whether the government is planning to take the state-run Corporation public or not.

With around Rs 40,000 crore profit last fiscal, LIC is the most profitable entity in the country, next only to the Reserve Bank of India (RBI) which transferred Rs 66,000 crore of its surplus profit to the government in the past fiscal. The net income of Reliance Industries, the most profitable private sector corporate, is not even 60% of the Corporation.

With an asset base of over Rs 22.10 lakh crore and practically no debt, even a 10% divestment in LIC can net the government billions of dollars and can massively catapult the market capitalisation on BSE, which now stands at over Rs 110 lakh crore.

LIC is one of the few profitable Union Government enterprises that is still not a publicly-traded entity. The financial powerhouse has offices in 11 countries, including Britain, Oman, Bahrain, Saudi Arabia and Kenya.

Even after 16 years of competition (insurance sector was opened to private firms in 2000), LIC still enjoys over 76.99% of the market pie in terms of total policies, which stood at over 29.02 crore and over 12 lakh of group policies. In terms of new premium business it still had 70.44% share as of March 2016, the Corporation said.

Being the largest investor both in equities market as well in infra, the Corporation's total investments as of March stood at Rs 21,09,253 crore and total infra investments at Rs 2,43,269 crore.