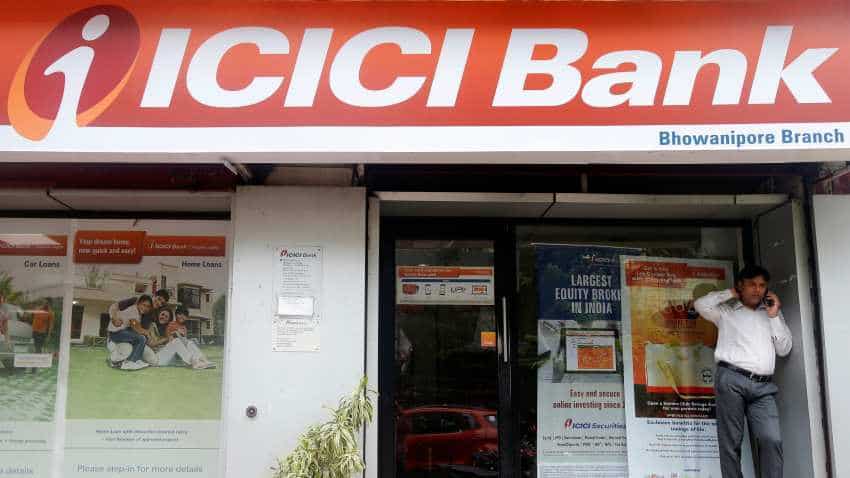 All eyes will be on private lender ICICI Bank which is set to announce its March 2019 (Q4FY19) quarter result anytime on Monday. Photo: Reuters

All eyes will be on private lender ICICI Bank which is set to announce its March 2019 (Q4FY19) quarter result anytime on Monday. Interestingly, there was barely any movement in ICICI Bank share price ahead of the result. The bank was trading at Rs 402.25 per piece up by 0.10% on Sensex at around 1230 hours. In early hours of opening, the bank had already touched an intraday high and low of Rs 403.20  per piece and Rs 394.45 per piece, respectively. Rivals such as HDFC Bank, Yes Bank, Kotak Mahindra Bank and Axis Bank have already announced thier Q4FY19 result.

For ICICI Bank, analysts at Edelweiss Securities said, "Loan offtake will likely be improving (broadbased improvement playing through). Slippages would stabilise and will largely flow from existing stress pool. Credit cost will also be elevated as coverage rises."

Meantime, Motilal Oswal said, "We expect loan growth to come in at ~14% YoY, driven largely by retail loans. Corporate loan growth would be moderate, while overseas book would continue declining. Deposits are expected to grow at ~13% YoY, mainly driven by growth in term deposits. NIMs are expected to be under slight pressure due to an increase in funding cost. NII is expected to grow ~14% YoY. Other income is likely to grow at 6% QoQ to INR41.2b."

On gross slippages, Motilal expects it to moderate to 2.0% due to a reduction in corporate slippages. Net stress loans (incl. BB &  below) as on 3QFY19 stood at 6.8% of loans and are expected to decline further as incremental stress addition moderates.