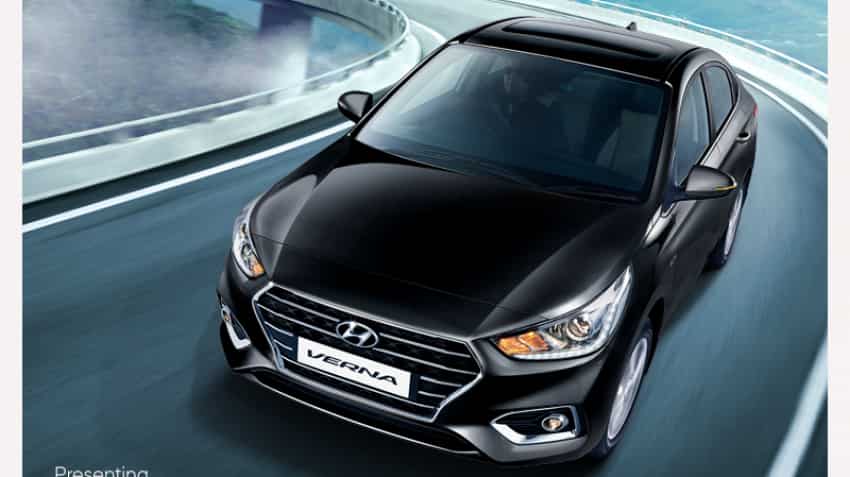 Hyundai to launch Next Gen Verna on August 22; opens for pre-bookings

Hyundai Motor India launched the new generation 2017 Hyundai Verna in India on Tuesday price starting at Rs 7.99 lakh (ex-showroom Delhi). The next gen Verna is the much awaited model as it was launched in China in September 2016.

The new Hyundai Verna is based on the new K2 platform and its design inspiration comes from the new generation Hyundai Elantra that came out last year in India.

The 2017 Hyundai Verna has six variants, out of which four are manual and two automatic.

The 2017 Hyundai Verna will get a 7-inch touchscreen infotainment system that will support Apple CarPlay and Android Auto.

This is the fifth generation Hyundai Verna that comes to India after it was first launched in 1994.

In terms of safety the new Hyundai Verna gets dual airbags, ABS and ISOFIX as standard on all variants. The company says that the car has been built with 50% Advanced High Strength Steel in its construction.

The top variants get a total of six airbags in the car.

Some of the other features include Cruise Control, Parking Assist with Reverse Camera, Push Button Start-Stop with Smart Entry and Rear Curtain.

The company also announced that the 2017 Hyundai Verna car buyers will get 3 years unlimited kilometer warranty and the lowest cost maintenance.

Hyundai to launch Next Gen Verna on August 22; opens for pre-bookings