SpiceJet’s Q2 net loss of Rs 1.06 bn was much better than the consensus of a Rs 2.7 bn loss (estimate of Rs 3.8 bn loss) but significantly better than the Rs 4.6 bn loss in Q2 last year. It was partly due to FX gains, strong cargo revenue and deferred vendor payments (leases, etc.), which made it difficult to gauge the underlying performance of the business. 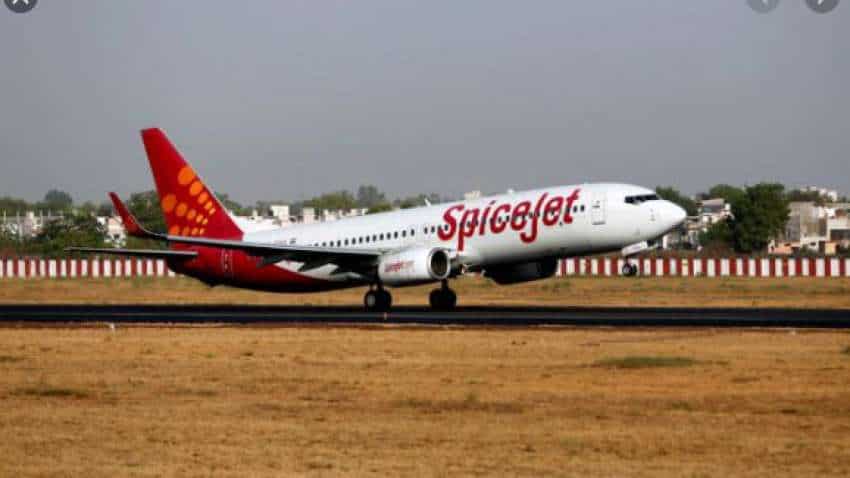 HSBC has raised their forecasts sharply with target price of Rs 80 (45% potential upside from current market price) from Rs 26.50 on SpiceJet, upgraded to Buy from Reduce and implied FY22e EV/EBITDAR of 4.4x is in line with the one at the low point of the previous cycle. Strong cargo revenue and deferred expenses help the company report better than expected Q2 results. Survival risk has started to abate as the return of 737 Max gets closer, opening up the potential for compensation from Boeing.

SpiceJet’s Q2 net loss of Rs 1.06 bn was much better than the consensus of a Rs 2.7 bn loss (estimate of Rs 3.8 bn loss) but significantly better than the Rs 4.6 bn loss in Q2 last year. It was partly due to FX gains, strong cargo revenue and deferred vendor payments (leases, etc.), which made it difficult to gauge the underlying performance of the business. The company reported cash of Rs 545 mn , up from Rs 418 mn at the end of March, but it is difficult to gauge the underlying cash position given the company has deferred some vendor payments.

Right steps that helped it to remain in business:

The highly stretched balance sheet and very tight liquidity have raised many red flags during the last six months. Investors have been questioning the survival risk which is justified given the low liquidity, weak demand and rising debt levels. However, management took a few right steps to remain in business, including deferring vendor payments, cutting costs and focusing more on its cargo business where demand has been much stronger than usual.

Survival risk abates as the return of 737 Max gets closer:

The company expects 737 Max to return to operations by Q1 2021. Once 737 Max returns to operations, SpiceJet could start receiving incentives as part of the sales and lease back agreement. The obvious question is whether SpiceJet would get the required lessor’s support for the sales and lease back of its 737 Max. Although it is difficult to speculate, its recent deal to lease two A330 gives us some confidence. Boeing might also provide support as SpiceJet’s survival is crucial for Boeing to have a continued presence in India. SpiceJet should also receive compensation from Boeing for the 737 Max grounding, which could be in the range of Rs10-12 bn, as explained later. On the other side, while it has not given any guidance on cash burn, HSBC calculates its monthly cash burn could be around Rs 1.5 bn, so this equation looks favourable for SpiceJet.

HSBC raises their forecasts significantly as presented in the table later in the note. While HSBC uses a three stage DCF model to value the stock, they also look at the valuation during FY16 when the company was on the verge of insolvency but later turned around. HSBC believes the situation now is quite similar; hence, they look for a similar valuation as in FY16 (one-year forward EV/EBITDAR of 4.5x). HSBC believes the stock has suffered mainly due to questions around its survival. While the survival risk is abating, it is yet to be built into stock price, in their view. With their target price implying 45% potential upside, HSBC upgrades the rating to Buy.