How to operate your new Paytm Payments bank account; all you need to know

Paytm Payments bank launched today will have zero balance accounts with no minimum charge. The accounts will offer 4% interest rates on deposits. Zeebiz tells you how it works. 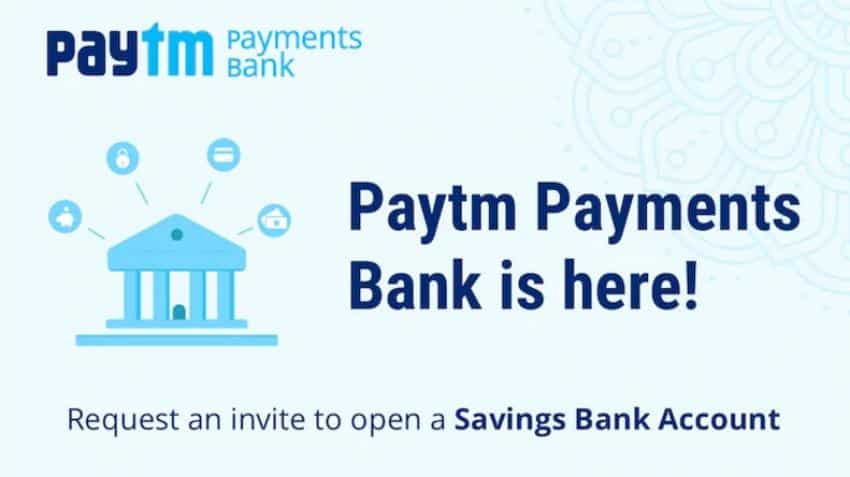 Want personal loan? That too instantly? Check this unique service that works 24x7, even on holidays and weekends

One97 Communications owned Paytm has launched its Payments bank initiatives in Noida on Tuesday. Paytm CEO, Vijay Shekhar Sharma had announced last week that the bank had received approval from Reserve Bank of India and will begin operations on May 23.

The company is offering a cashback to those opening payment bank accounts on deposits of Rs 25,000.

“Every customer to open a Payments Bank account will get a cashback of Rs 250 as soon as they bring deposits of a total of Rs 25,000 in their bank account,” Paytm said.

Paytm said it had a 100 million active users on its portal currently which will be automatically transferred to the banks’ new facilities. The bank will invest $1.6 billion over the course of five years to expand its wealth management, insurance and lending business.

ALSO READ: Paytm Payments Bank: Is it better than its competition? We review

In its first phase of operations, Paytm said it would allow customers to open bank accounts on an invite only basis.

“Initially, we are making the Paytm Payments Bank available on an invite-only basis. In the first phase, we will roll out the beta version of the banking app for our employees and associates. You can request an invite by logging onto www.paytmpaymentsbank.com or through the Paytm app,” the company said.

What documents would you require?

In a reply to a question on Payments bank the company in its blog on December 6, 2016 said that for its Know Your Customer (KYC) process it will accept any identity card such as - voter's ID, PAN card, passport and Aadhaar card.

"We prefer Aadhaar for eKYC and quick approval but it is not mandatory for KYC.Even when we start opening Bank accounts in our upcoming Paytm Payments Bank, Aadhaar will not be mandatory mode of KYC," Paytm said.

How much money can I keep in my account?

Being a payment bank now, Paytm is restricted to accept deposits of only up to Rs 1 lakh. However customers are free to have zero balance accounts with no minimum charge.

What will happen to the money in my Paytm wallet?

The money in an active customer’s wallet will be transferred to the Paytm Payments Bank as the wallet business will become part of the new company.

However if a customer has not used his/her wallet in the last six months and they have a zero balance, they will be required to login again to move to the Paytm Payments Bank.

Will the bank provide a cheque book and an account number?

Paytm will provide these facilities only if customers opt to open an account with the new payments bank. The company will give customers an option to open a separate account which will earn interest up to 4% per year on your deposits, which is payable annually.

“Deposits will only be invested in government bonds that are used for the development of our nation,” Paytm said.

How is Paytm Payments bank different?

Unlike other payments banks that cannot offer loans as per RBI guidelines, Paytm Payments bank is equipped to do so.

“It will soon enable you to access a range of financial services such as Insurance, Loans, Mutual Funds offered by our partner banks with the seamless Paytm experience,” Paytm said.

What are the charges incurred on my Paytm bank account? 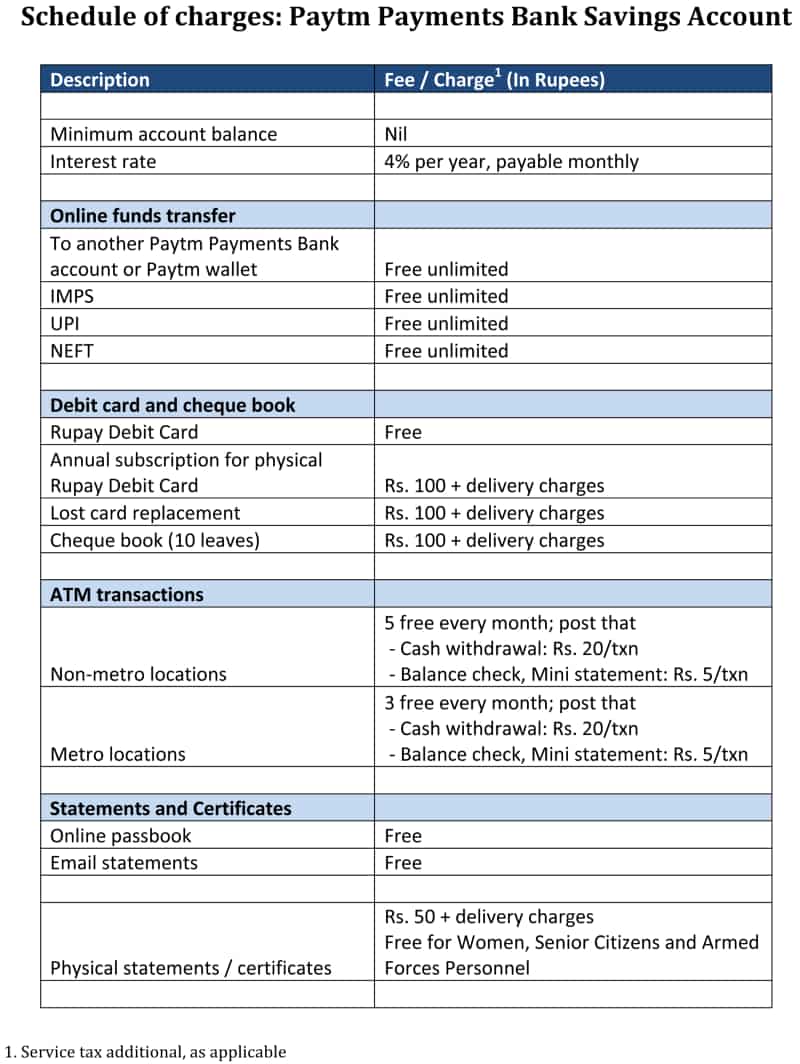 The bank will allow five free monthly cash withdrawals from its ATMs in non-metro locations and charges of Rs 20 per transaction thereafter. In metro cities only three free monthly transactions will be allowed.

Under statements and certificates, online passbooks and emailed statements by the bank would be free of cost; however, physical statement delivery charges of Rs 50 would apply for those except – women, senior citizens and armed forces personnel.

Want personal loan? That too instantly? Check this unique service that works 24x7, even on holidays and weekends