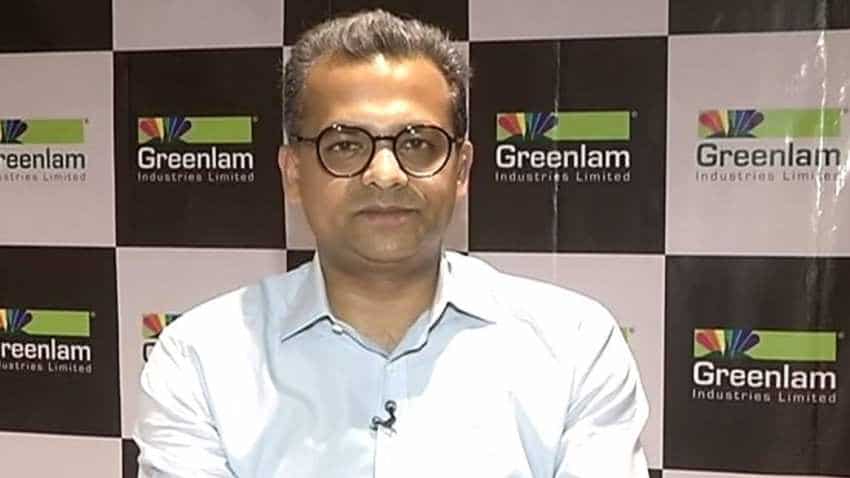 Demand seems to be a difficult one in the domestic market. If we have a look at the last fiscal’s growth, then it almost remained muted as we were able to grow by 6-7 per cent, says company CEO.

Provide highlights of the Q4FY19 results?
If we have a look on the results of the previous year then there is a top line growth of around 11.50-12 per cent and the profit after taxes (PAT) has grown by 19-20 per cent. However, last year, the market, especially the domestic market, has been a difficult one. So, we grew less in the domestic market and our export business grew by 19-20 per cent. If we look at the point of profit then we were able to maintain the gross margin and EBITDA margin but there was a slight reduction was seen because of an increase in the cost of raw material, which went up due to rupee depreciation. So, last year’s business scenario was difficult, but we were able to maintain our numbers. We remained steady on the balance sheet front in terms of working capital cycle, return on capital and return on equity. So, we were able to maintain everything. So, I would like to say that we have posted satisfactory results neither it is too good nor too bad.

How much has been the volume growth performance across segments and what can we expect in FY20?
In the laminate segment, the volume growth was largely flattish last year, but its value grew by almost 10 per cent. We were focused primarily on premium products and premiumisation. The lower segment faced considerable price challenges due to increased competition intensity. Veneers segment grew by almost 10 per cent. In case of flooring and door, which had a small base, the volume grew by 50 per cent and 35-40 per cent respectively. But, this growth percentage doesn’t have any major implication.
Secondly, I can’t say anything about the ongoing quarter but will be posting an overall growth of around 10-12 per cent, including volume and value, in the financial year 2020.

Update us on expansion plans of Greenlam Industries?
Capacity addition has been announced in the laminates segment. So, about 12 per cent capacity will be added to the system and it will start producing in the third quarter of the financial year 2020. When it comes to other segments like veneers, floor and doors, then we have enough capacity and that’s why we don’t have any program to add capacity in these segments.

What is your CapEx plan for FY20 in meeting this capacity addition?
It has a CapEx of around Rs25 crore, which will be funded through internal accrual. In addition, we haven’t announced any major expansion plans till date and that’s why a routine CapEx will be utilized.

How your acquisition of Decolan SA, a company incorporated in Switzerland, will increase your revenue in the European market in FY20?
I can’t provide any specific number but can say that the acquisition will help us strengthen our distribution in the central European market and increase the number of customers. This acquisition will allow us to supply a few more product variants in the market and value-mix improvement due to the availability of the company’s distribution strength its reach to the market. In addition, we are expanding laminate capacity at a large scale and most of the production of the expansion will be supplied in the European market. However, I can’t provide any specific numbers, but it may improve the business in terms of top line and volume.

What the position of debt and cash of the company and how the debt will be reduced?
As on March 31, 2019, we had a debt of Rs260 crore in our balance sheet and debt-equity stands at 0.63. When it comes to net debt than it will be around 250-255. Going by our expansion targets of the year, I think that our debt will be reduced in the financial year 2020.

If I talk about both domestic and international businesses and market, then let us know the area where demand is visible and the products that are in demand?
Demand seems to be a difficult one in the domestic market. If we have a look at the last fiscal’s growth, then it almost remained muted as we were able to grow by 6-7 per cent. So, domestic market demand is tuff but can see a positive demand is visible in the domestic commercial market, but the residential demand is still slow. When it comes to the export market, then we will be able to grow by 10-12 per cent. So, overall, the demand scenario is not quite bright or positive. So, our own efforts of market penetration, new product and market expansion can fuel growth in our business.

D-Street Corner: Cooling off oil fuel rally in auto stocks as market stage recovery; what should investors do on Friday?