'Whatever little subsidy is given on LPG or kerosene is passed on directly with the help of benefit transfer. So, as of now, there are no subsidies on crude oil.' 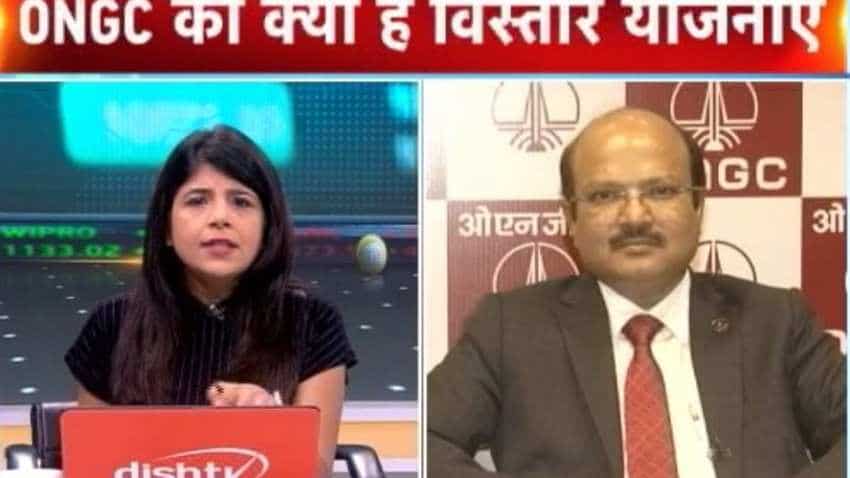 50% of our CapEx goes into drilling activity of which 28% goes into development drilling and the remaining 22% is used in exploratory drilling activity, says Shashi Shanker, Chairman & Managing Director, ONGC. During a candid chat with Swati Khandelwal, Zee Business, Mr Shankar said, “large investments are needed to increase the production of fields which are 30-50 years old by now”. Edited Excerpts:

ONGC earlier in the annual report of FY18 highlighted certain concerns for FY19 related to subsidy burden due to high crude prices. We are in FY20 and crude is hovering around $60/barrel. Do you think that subsidy burden concerns have come to an end by now?

First of all, I would like to say that subsidy has now become a part of history. We never offered any kind of subsidy in FY18 or FY19. Whatever little subsidy is given on LPG or kerosene is passed on directly with the help of benefit transfer. So, as of now, there are no subsidies on crude oil. As far as oil price movement is concerned then crude oil is an extremely volatile commodity. You might have seen that the prices of oil slipped below $30 in FY16 and then it rose to $80 and six months back it dropped to $50, then $65, $70 and again it is back to $60. So, the changes in price levels is a common phenomenon and $60 is a comfortable level for our company and we will make reasonable money at this level.

I think you got your numbers wrong. Our CapExplan amounted to Rs29,000-30,000 crore in FY19. I would like to inform you that a significant portion of our CapEx plans goes into the drilling activity that is almost close to 50% of which nearly 28% is invested in development drilling while the remaining 22% is used in exploratory drilling activity. One of the most important components is the rig hiring charges of whose prices keep moving along with the prices of crude oil.

That is to say, if the prices dropped, the expenses incurred are less for carrying the same level of activity and if the prices move higher, then the expenditure is consequently higher to maintain the balance. But since the past 5 years, our CapEx plan is consistent at the level of around Rs30,000 crore

The company has incurred huge losses due to the purchase of HPCL’s shares. So, what are your further plans to achieve the CapEx plan?

We have always accumulated funds for CapEx by the accrual of internal funds till date and for many years we've been a debt-free company. We took the loan for the acquisition of HPCL. Interestingly, we just didn’t fund the CapEx through the internal accrual but has also repaid the loan and hopefully, we will be a debt-free company once again by the end of this year.

What are your loan accumulation plans for FY20. Will you raise all the funds from the domestic market, or you have plans to borrow something from the international market?

We have decided to accumulate funds amounting to $2 billion through EMTN. EMTN is a new facility and will be listed at the Singapore Stock Exchange. If in future, if we require money for any foreign acquisition or internal funding then we will take this money.

What about the KG Basin development plan. Do you think that the plan will move according to the plans and will be completed by August 2021?

Company’s natural gas output is increasing but oil output is falling. What are your plans to address it and increase oil production?

The primary reason behind this decline is that more than 70% of oil comes from 30-50-year-old fields. Thus, its pick period is over and now they are at the decline stage. Huge investments are needed to increase production from these fields. In the process, you will have to introduce redevelopment projects, which is termed as Improved Oil Recovery (IOR) and to enhance its recovery we are supposed to go for an Enhanced Oil Recovery, which is an expensive activity.

Interestingly, the government has taken a certain decision under which we will be provided with certain incentives on IOR activity and for that, an Rs86,000-crore project is on stream. And, that’s why I can say that gas and oil production will go up in remaining FY20.