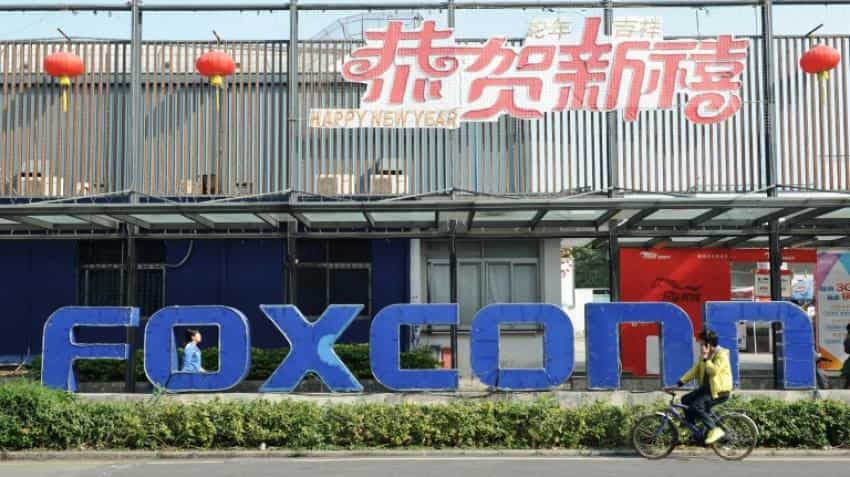 "We have in China a government that knows how to be efficient and supports new technology," said Foxconn president Terry Gou in an interview with China’s 21st Century Business. Image Source: AFP
Written By: AFP
RELATED NEWS

Taiwan tech-giant Foxconn plans to build an $8.8-billion factory in China, state media said on Saturday, amid reports its billionaire boss is cooling off on future US investments.

Foxconn, a major Apple supplier, will spend the vast sum on an industrial complex in the sprawling southern city of Guangzhou.

The factory will make large-screen liquid crystal displays (LCD), the firm said at an event in the Chinese city on Friday. It will be operational by 2019.

"We have in China a government that knows how to be efficient and supports new technology," said Foxconn president Terry Gou in an interview with China’s 21st Century Business.

"As to whether we`ll invest in the US in the future I`ve no idea. As a matter of fact, the new administration isn`t in office and its new policies aren`t in place," Gou added.

Foxconn employs around a million workers at its factories across China and has operations in more than 10 countries.

In the US, it has a plant in Virginia for packaging and engineering which employs over 400 people.

Earlier this month Foxconn confirmed it was in talks over a new US investment, while Japanese telecoms giant SoftBank shares soared after President-elect Donald Trump unveiled a $50 billion deal with the two firms.

Trump announced the agreement -- which he said would bring 50,000 jobs -- in the lobby of Trump Tower in New York.

Gou said he would only divulge details after discussions with relevant US authorities, but made no mention of it during the factory announcement on Friday.

The Guangzhou plant will be jointly run by Foxconn and Japan electronics firm Sharp, which Foxconn has a 66 percent stake in.