There are many instances of passengers' lithium batteries catching fire at high altitudes. 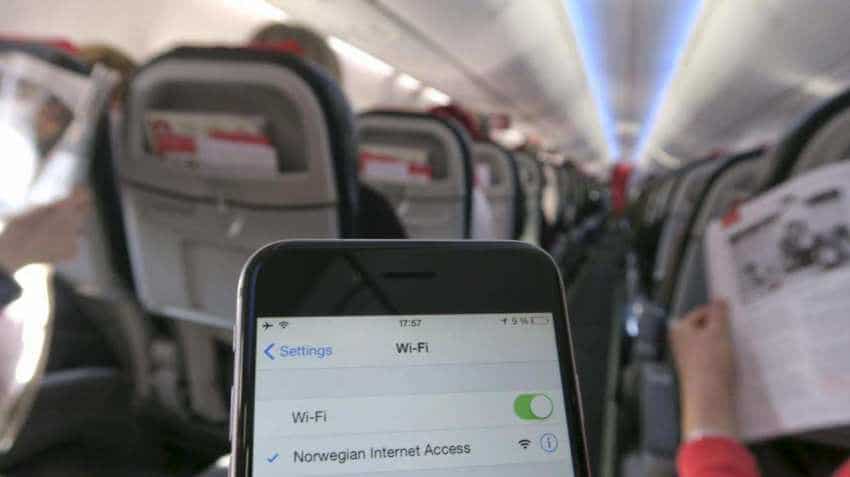 A number of incidents of in-flight fire caused by the smartphones in recent years have led to a warning from cabin crew and various government officials. Image source:
Written By: ZeeBiz WebTeam
RELATED NEWS

Everyone carries their smartphones wherever they go and there are certain dangers that users must face up to. Most of all, they must not do certain things if they want to stay safe and not create danger for others too. This applies to travellers on airplanes too. Do you know that this can cause disaster in-flight? There are many instances of passengers' lithium batteries catching fire at high altitudes. While some have caught fire on their own, others have been caused by people who made some foolish mistakes!

One of the newest such mistakes have come to light now and it is quite shocking to see that even such small things can cause a major tragedy, to say the least. Notably, passengers should know, that even dropping your smartphone down the side of a plane's chair may prove to be dangerous! The thin design of smartphones nowadays makes it easy for them to fall into the gap that is there, according to express.co.uk.

When the person moves chair to retrieve the phone, the reclining mechanism crushes the device!. This can damage the battery and cause a fire.  A number of incidents of in-flight fire caused by the smartphones in recent years have led to a warning from cabin crew and various government officials.

For instance, when a smartphone caught fire even as it was being charged by an external battery pack, a Ryanair flight was evacuated in July this year. Though the passengers are allowed to take their smartphones with them into the flight, cabin crew warn that they should take some cautionary measures, reveals express.co.uk.

In 2016 alone there were nine incidents of fire from a mobile battery in Australia. The country's aviation safety authorities have  put the mobile phone on the “least wanted dangerous goods" list for the first time, the report said.

How to safeguard yourself

Australia's aviation safety authorities has advised that if your phone falls then you must alert the cabin crew immediately. It also said that all gadgets should be charged if they are in the hand luggage and the passengers with uncharged gadgets should be banned from getting into flight.
The UK government has also said that all gadgets come either with an external charger so that these can be immediately charged or are already charged before going through security. Travellers with dead electrical items may have to delay their trip.