Flipkart: Four valuation markdowns and three CEOs in a year 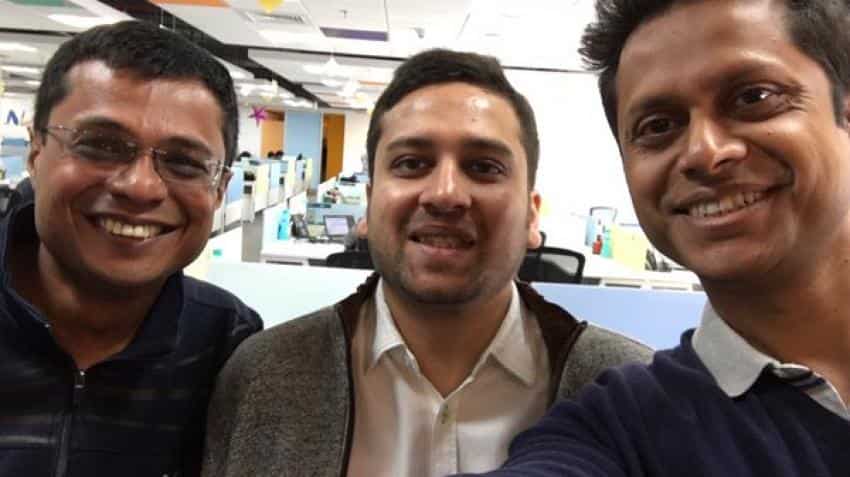 Nearly a year to the date after co-founder Flipkart, Sachin Bansal was replaced by Binny Bansal as Chief Executive Officer (CEO) there comes another twist in the tale.

The company on Monday elevated Binny as the Group’s CEO, including Myntra, Jabong and Flipkart and brought in Kalyan Krishnamurthy, who currently heads the Category Design Organisation, as CEO of Flipkart.

"We are now ready to build the Flipkart of the future as we continue on our journey of transforming commerce in India through technology. I am confident that this new organisation structure will deliver further value for Flipkart group," Flipkart Group CEO Binny said in a statement.

Krishnamurthy will be responsible for operationally driving Flipkart as well as for Flipkart P&L and Sachin Bansal will continue as executive chairman.

“In his role as Executive Chairman of Flipkart, Sachin will provide strategic direction for Flipkart, mentor the senior leadership of the company and look for new investment opportunities. He will play an active role in championing the Indian e-commerce sector and building the internet ecosystem, and represent the company in external forums. Sachin will continue to be the Chairman of the Board,” Flipkart said.

The group also named Nitin Seth, presently the Chief Administrative officer, as the COO for Flipkart and a report by PTI said Flipkart is in the process of hiring a Group CFO and General Counsel and both of them will also report to Binny.

This comes four days after reports of Flipkart in talks with Google and other investors for its next round of funding.

A report by Factor Daily said on Friday that it is expected to raise fresh capital in a round of anywhere between the $10 billion to $15 billion range.

Four valuation markdowns in a year

After Flipkart’s management rejig last year, Morgan Stanley made a 27% markdown of the company in February 2016.

This was the one of the four valuation markdowns of the company.