Virgin Hyperloop claims to be a category leader in hyperloop technology. 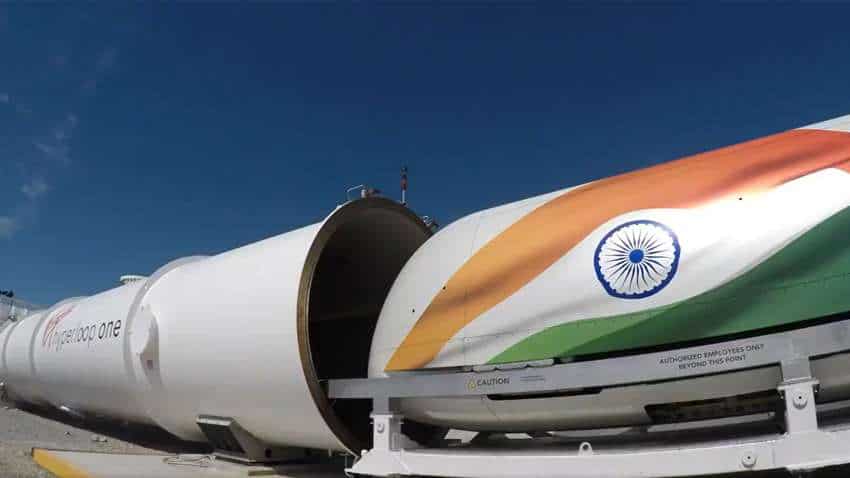 The MoU was exchanged virtually between Sultan bin Sulayem, Chairman of Virgin Hyperloop and DP World, and T M Vijay Bhaskar, Chief Secretary, Karnataka and Chairman of the Board of Directors at BIAL. Photo from https://twitter.com/virginhyperloop
Written By: Prashant Singh
RELATED NEWS

Today, we launched a first-of-its-kind partnership with @BLRAirport to explore a hyperloop connection that could link the airport to city center in 10 minutes. Read more: https://t.co/cjkYECMraj pic.twitter.com/7FCW1NK0hn

The MoU was exchanged virtually between Sultan bin Sulayem, Chairman of Virgin Hyperloop and DP World, and T M Vijay Bhaskar, Chief Secretary, Government of Karnataka and Chairman of the Board of Directors at BIAL, a release said. The pre-feasibility study, which focuses on technical, economic and route feasibility, is expected to be completed in two phases of six months each, the release said. With speeds of up to 1,080 kmph, hyperloop could transport thousands of passengers per hour from BLR Airport to the city center in under 10 minutes, according to the preliminary analysis, it said.

Beyond just the transit of passengers, airports are crucial conduit for goods, especially time-sensitive deliveries, he said, adding that a hyperloop-connected airport would dramatically improve the delivery of cargo and create an ultra-efficient supply chain.

"We are honored to partner with Bangalore International Airport Limited to explore ways in which hyperloop can become a part of the solution to tackle congestion and support economic growth in Bengaluru," Sultan bin Sulayem said.

"The Government of Karnataka has implemented several measures to improve the transport infrastructure of the State. The commissioning of a feasibility study for hyperloop connectivity from BLR Airport is another major step towards building the infrastructure required to define mobility for the future, enabling the efficient movement of people," the Chief Secretary said.

"Technological innovation is the key to building and sustaining a world-class transportation hub, and this study is an important step forward. This mode of transportation offers enormous economic potential, connecting passengers at unprecedented speeds, with zero emissions," BIAL MD & CEO Hari Marar said.

In addition to the road network, the airport will also be connected with the sub-urban railway soon and will have Metro connectivity in four years.

The release said travellers could streamline their multi modal trip with seamless check in and security for both their hyperloop as well as air travel at centrally-located hyperloop portals.