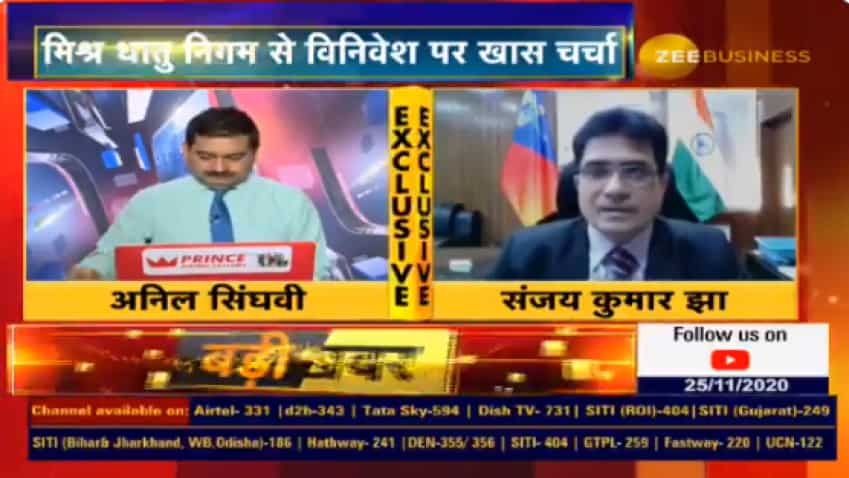 The company has recently manufactured bullet proof jackets for the CRPF Jawans and has received order for manufacturing another 500 jackets for paramilitary forces, Jha said
Written By: ZeeBiz WebTeam
Edited By: Harish Dugh
RELATED NEWS

Refusing to comment on the timeline of the OFS, Jha said that the process of OFS was on and was being undertaken by the Department of Investment and Public Asset Management (Dipam).

Also known as Midhani Ltd, this is a defence PSU which manufactures alloys and 70 per cent of its sales go into catering for the demands of other PSUs including HAL, DRDO and ISRO.

The information pertaining to it will be revealed in due course, the CMD said.

The company has recently manufactured bullet proof jackets for the CRPF Jawans and has received order for manufacturing another 500 jackets for paramilitary forces, Jha said.

The bullet-proof jackets popularly known as Bhabha Kavach have been designed by Bhabha Atomic Research Centre (BARC). Midhani acquired the technology two years ago and now that has come into the production mode, he added. The company has started supplying jackets to the paramilitary forces.

The projected requirement of bullet proof jackets from the paramilitary forces alone, is to the tune of over 1 lakh pieces.

As for the company’s ability to manufacture these jackets, Jha said that a manufacturing unit in Rohtak was under development. The plant is expected to start operations by April next year. It has already started working partially, he further added.

The company will be in a position to make 30,000-40,000 jackets, he said. There are other manufacturers also in India.

Calling its own product unique, Midhani’s CMD said that the bullet-proof jackets were light and comfortable. Its ability to take ballistic load is also significant, Jha said.

He also clarified that the orderbook did not not deplete despite the onslaught of the Coronavirus pandemic. The current order book is ahead of the jackets, the company has already produced, he added.

On the execution part, he said that there was some hiccup because of the pandemic, which also impacted its Q2FY21 results. The company is now working with full capacity and is moving towards increasing the production, Jha said.