India`s Future Retail Ltd (FRL) will go into liquidation if its deal to sell assets to Reliance Industries fails, the group told a Singapore arbitrator while arguing against Amazon.com Inc`s bid to scupper the deal, a legal order seen by Reuters showed 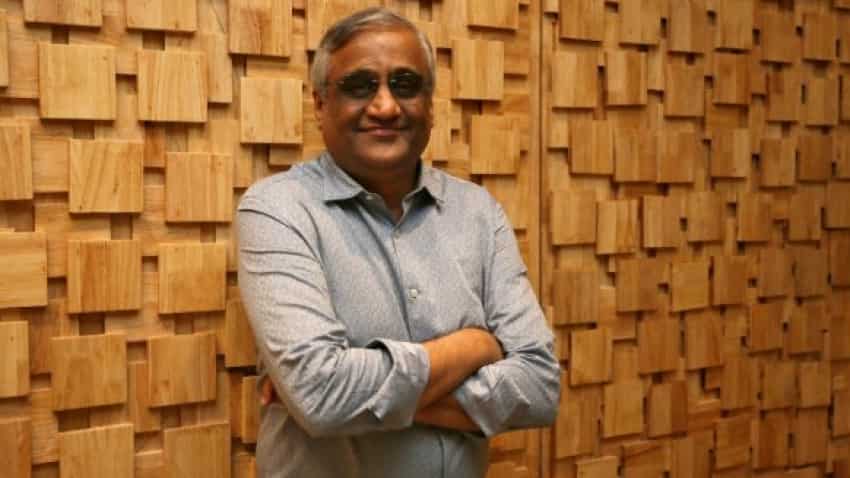 The dispute centres around FRL`s decision in August to sell its retail, wholesale, logistics and some other businesses to Reliance for $3.38 billion, including debt. Source: Reuters
Written By: Reuters
Edited By: ZeeBiz WebTeam
RELATED NEWS

India`s Future Retail Ltd (FRL) will go into liquidation if its deal to sell assets to Reliance Industries fails, the group told a Singapore arbitrator while arguing against Amazon.com Inc`s bid to scupper the deal, a legal order seen by Reuters showed.

Amazon on Sunday won an injunction from a Singapore arbitrator to halt FRL`s deal to sell assets to Reliance. Amazon alleged FRL had breached certain contract provisions it entered into last year in a separate deal with the U.S. firm.

The dispute centres around FRL`s decision in August to sell its retail, wholesale, logistics and some other businesses to Reliance for $3.38 billion, including debt.

Amazon argues that a 2019 deal it had with a Future unit had clauses saying the Indian group couldn`t sell its retail assets to anyone on a "restricted persons" list including any firms from Reliance chief Mukesh Ambani`s group. The deal specified any disputes would be arbitrated under Singapore International Arbitration Centre rules.

Shares in Reliance and FRL fell on Monday. Both companies reacted to the arbitrator`s decision by saying they want to complete the deal "without any delay", setting the stage for a showdown between Reliance and Amazon - each led by one of the world`s richest men.

A 130-page order by the arbitrator reveals how Jeff Bezos-led Amazon argued that Future breached agreements which barred it from selling retail assets to entities including Reliance, whose boss Ambani is Asia`s richest man. It also shows the level of concern at Future if the deal breaks.

Future`s retail unit - which has more than 1,500 outlets - will need to pack up if the transaction with Reliance doesn`t go through, hitting the livelihoods of thousands of employees and workers at its vendor firms, the Indian group argued before the arbitrator, according to the order which is not public.

LEGAL OBLIGATIONS
"If the disputed transaction falls through, FRL will go into liquidation. That will mean that the livelihoods of more than 29,000 employees of FRL will be lost," the Indian group`s representatives told the arbitrator V.K. Rajah, a former attorney general of Singapore.

The COVID-19 pandemic has hit many Indian businesses, especially in the retail sector, and the FRL-Reliance deal was aimed at protecting the interests of all stakeholders through a large infusion of funds and the acquisition of liabilities, Future argued at the tribunal.

But Rajah ruled that "economic hardship alone is not a legal ground for disregarding legal obligations".

Amazon, FRL and Reliance didn`t respond to a request for comment.

Amazon welcomed the arbitrator`s decision in a previous statement. FRL has said it would take appropriate steps to ensure its deal proceeds unhindered, while Reliance said it will complete the transaction.

Amazon, which counts India as a key growth market where it has invested $6.5 billion, has already been bogged down by antitrust probes and strict foreign investment rules.

The latest tussle puts Amazon at odds not just with FRL but also Ambani and his Reliance group which is fast expanding its e-commerce business, and threatening the dominance of Amazon and Walmart`s Flipkart in that space.

Two sources familiar with the matter said the injunction was not automatically enforceable in India and that the order would have to be ratified by an Indian court.

Any subsequent legal order in India to halt the deal would allow Amazon to negotiate with Reliance, Future and banks on the other side, said Murali Neelakantan, a corporate lawyer at Indian law firm Amicus which is not involved in the case.

"If Amazon doesn`t get an injunction against the deal proceeding in India, they will probably just get damages even if they win the final arbitration," Neelakantan said.