The airline will continue looking at ways to operate "more efficiently," including working with Abu Dhabi`s Etihad as long as it is not against the law or in breach of competition rules, Chairman Sheikh Ahmed bin Saeed al-Maktoum told reporters. 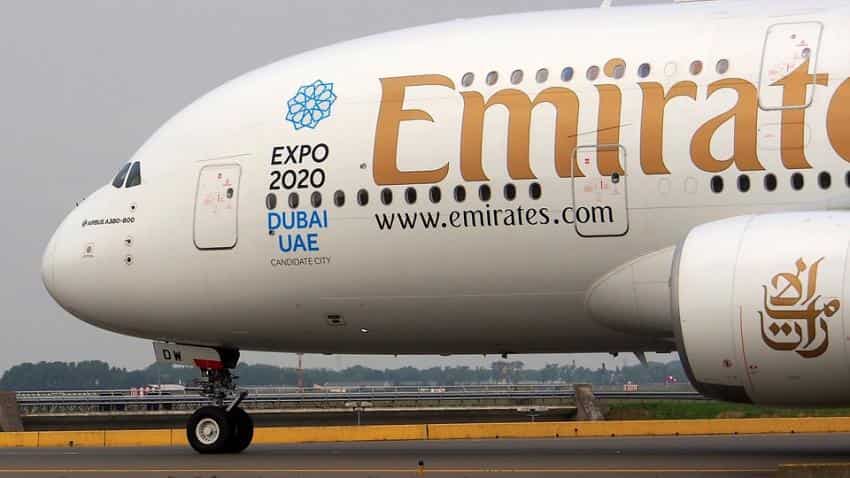 Emirates airline reported a sharp increase in annual profit on Wednesday and said it would be careful not to flout competition rules as it explores a closer relationship with rival Etihad Airways.

The airline will continue looking at ways to operate "more efficiently," including working with Abu Dhabi`s Etihad as long as it is not against the law or in breach of competition rules, Chairman Sheikh Ahmed bin Saeed al-Maktoum told reporters.

"We will always be happy to cooperate with them," he said at Emirates headquarters in Dubai. "It has nothing to do with a merger."

The two airlines could consider joint purchases and sharing facilities in countries that they both fly to, Sheikh Ahmed said. He did not give more details.

Last year, Emirates President Tim Clark said the airline was open to cooperation with Etihad in areas including procurement. The two airlines are both based in the United Arab Emirates but compete with each other via hubs in Dubai and Abu Dhabi.

Airlines around the world have been battling pressure on fares over the last couple of years due to volatile demand and fierce competition.

This marked a rebound from a profit fall in the airline`s previous financial year, its first in five years.

In contrast, Etihad is restructuring after a nearly $2 billion loss in 2016.

Sheikh Ahmed also said it was too early to know how the decision by the United States on Tuesday to pull out of the Iran nuclear deal would impact the airline`s flights to Tehran and Mashhad.

"We still continue to fly to Iran today. We fly via the airspace of Iran to other countries so I cannot really sit here today and prejudge what will happen tomorrow," he said.

Emirates staffing levels fell on an annual basis for the first time in its nearly 33-year history, according to its annual report, with more than 2,000 employees leaving the company, including 1,300 cabin crew.

Emirates denied on Tuesday a Reuters report that said the airline was facing a cabin crew shortage.

Emirates carried 58.5 million passengers, filling more seats than it added, amid a backdrop of volatile demand and higher oil prices.

Parent Emirates Group will pay a 2 billion dirhams dividend to Investment Corporation of Dubai (ICD), the state investment vehicle which owns the airline, after profit rose 67 percent to 4.1 billion.