Apart from TV, the campaign will be complemented by a robust digital, and OOH activation across the country. 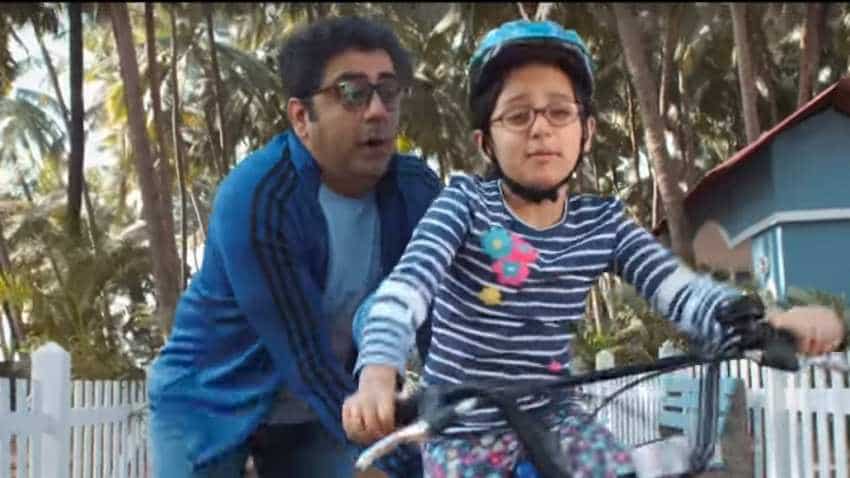 The commercials have been produced by Shoojit Sircar's production house Rising Sun Films. Photo: Still from the commercial

Edelweiss Tokio Life Insurance announced the launch of its two TV commercials directed by the well-known Indian film director Shoojit Sircar on Tuesday. The commercials have been produced by Sircar's production house Rising Sun Films. Apart from TV, the campaign will be complemented by a robust digital, and OOH activation across the country.  The films bring the company’s motto of ‘exceeding customer expectations’ to life, through the concept of ‘Thoda aur khayaal.’

Discussing the concept of the film, Director Shoojit Sircar said, “The script was interesting, yet simple and gave me ample room to work with music and infuse a comical tonality into picturisation. The idea was to succinctly bring out the insight that prompted Edelweiss Tokio Life Insurance to design a product like Zindagi Plus.”

Commenting on the launch, Abhishek Gupta, Chief Marketing Officer, Edelweiss Tokio Life Insurance said, “Edelweiss Tokio Life’s Zindagi Plus is truly a unique product and has fast become of one of the most sought-after term plans in the market. This product effectively captures our unrelenting belief in relevant innovation to, not only meet customer’s dynamic expectations but also exceed them at every turn. We, as a brand, believe that our journey with our customers does not end with paying a claim; it extends much further to protecting those who are enduring the loss of a loved one.”

“Both the scripts capture every day, relatable stories and we needed somebody to handle them with a fresh perspective. Shoojit Sircar has added his own uniqueness to these films and helped us tell our brand story,” Gupta added.

Commenting on the scripting process, Sagar Mahabaleshwarkar, Chief Creative Officer, Contract India said, “We were working towards a dual objective - bringing out the core benefit of Zindagi Plus and also demystifying the complexity associated with life insurance in general. It was executed with a light-hearted tonality to deviate from the usual heavy aura that life insurance category uses. We believe this will create a higher acceptance among the audience.”

Zindagi Plus is a term insurance plan that offers an optional Better Half Benefit, which enables the policyholder to not just cover her own life, but also provide a cover for her spouse in the event of her death. Simply put, the company will pay a claim to the dependents of the policyholder and additionally provide a life cover to the spouse. This product forms the central element of these films.

With a touch of simplicity, both the ad films showcase how most of us are oblivious of unforeseen circumstances and how they affect the family’s stability. The films delve into a family dynamic to bring out the importance of not just securing yourself, but also your spouse to ensure your dependents have a strong back-up.

Want affordable insurance? Get cover for your loved one in an affordable manner, 'WITH A SINGLE CLICK'