Did Flipkart's Big Billion Day win round one in festive sales battle with Amazon?

Initial reports suggest that Flipkart sales during the five-day festive sales period has been double that of Amazon. 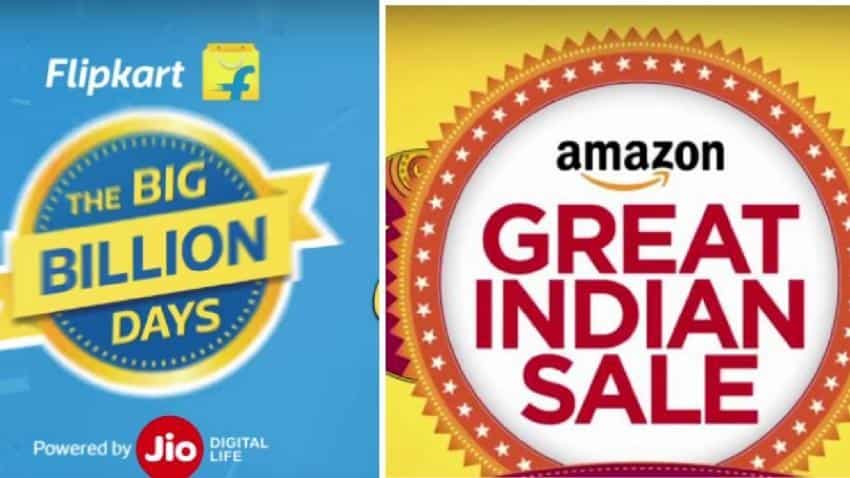 As e-commerce companies festive sales come to a close on Sunday, so does the five-day period filled discount and multiple offers. During this time Flipkart claims to have gone much ahead of Amazon with its Big Billion Day sale.

The Indian e-commerce firm claims that it captured 70% of the country's online shopping market during this period, according to a Business Standard (BS) report.

Though both the companies have not revealed their data on gross merchandise value (GMV) or the number of units sold, but preliminary data by RedSeer Consulting shows that Flipkart is way ahead of Amazon during this five-day sale period.

Anil Kumar, CEO of RedSeer Consulting in the BS report said that their preliminary analysis shows that Flipkart's GMV will be close to double that of Amazon.

While the research company estimated that sales during the period would reach Rs 10,000 crore, they have now revised that to Rs 8,500 crore. It also said that the e-commerce market during the festive sales period has grown by 35% over the last year.

Flipkart was seen as a clear choice for many people this festive season as about 80% respondents in a recent RedSeer Consulting report said that they plan to make their purchases from Flipkart across all categories during the festive season.

This, it said, was due to the higher level of awareness among consumers and sellers alike regarding the Flipkart Big Billion Day sales.

Flipkart may have even come close to achieving its target of $1 billion in sales during the five-day period.

One of the reasons for a higher growth of Flipkart this year could be due to Amazon's sale skewed more towards it Prime members than on just everyone shopping at the site. The company offered more discounts and sales exclusively to Amazon Prime members.

The US-based ecommerce company is doing this in a hope to build a loyal customer base and could ultimately be the winner for the company in the e-commerce market in India.

Loyalty is something that has been missing in the market due to the high discounts and offers by e-commerce companies in India, which is causing a lot of cash burn for them.

While Flipkart may claim victory during the festive sales period, it remains to be seen at what cost did this come at.