Most of the Microfinance institutions (MFIs) have stopped disbursement either due to shortage of currency or due to fear of misuse. 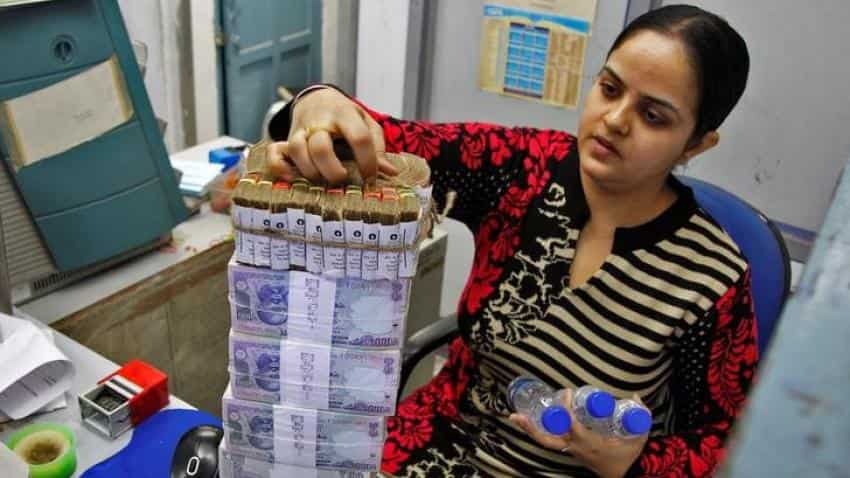 In the first week after the demonetisation announcement, Bharat Financial Inclusions' collections peaked at 159% at November 18 and stabilized at 102% by November 25.

Bharat Financial (formerly SKS Microfinance) released a report on impact of demonetisation on its operations. In the report, the company mentioned that the collections dropped to 10% on November 11, the first day of operations post demonetisation, but later in the next two weeks it picked up. 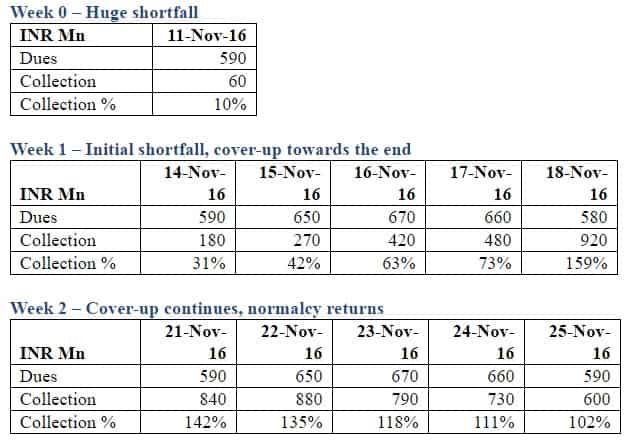 Looking at the data, which indicated that a majority of the collection shortfall in the first week of demonetisation was recovered in the second week and in by the third week the situation came back to normalcy.

"Of the Rs 6.9 billion to be collected over the past eleven days, Bharat Financial has managed to collect Rs 6.7 billion. The company has dealt in only 'valid currency' since the announcement of demonetisation", the report said.

Antique Institutional Equities, in a report said that while most of the Microfinance institutions (MFIs) have stopped disbursement either due to shortage of currency or due to fear of misuse, Bharat Financial, was able to disburse Rs 4.2 billion over the past eleven days.

As per the report, the disbursement happened only in those centres which reported 100% collections. "While there have been some constraints on disbursements due to availability of valid currency, Bharat Financial has faced this problem to a much lower extent due to its small ticket sizes (average weekly installment size for a Bharat Financial customer would be around Rs 400, while average monthly installment size for a Ujjivan customer would be Rs 2,000)".

But, the political events in the states of Uttar Pradesh and Maharashtra, tendency of borrowers to hoard cash and availability of new currency are still some issues that MFIs have to deal with. Considering, Bharat Financials ample liquidity and capital adequacy, the company likely to be in position to battle with the political issues, the report added.