JK Tyre & Industries reported a 78.81 per cent decline in consolidated net profit at Rs 33.66 crore for the quarter ended March 2019 due to high raw material costs and expenses. 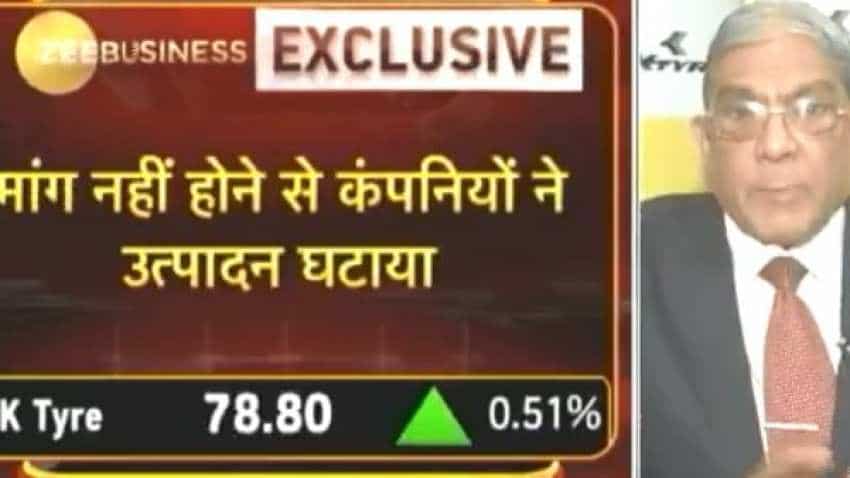 JK Tyre said its volumes grew 20 per cent despite a slow down in the automotive sector in the second half of the year.

JK Tyre & Industries Chairman and Managing Director Raghupati Singhania told Zee Business TV, ''The Q4 quarter has been the most challenging quarter for us, due to increase in prices of raw material, crude oil. There was economic slowdown and the dollar was also surging during the quarter. The result is not comparable with corresponding quarters due to these factors. Even commercial and passenger car manufacturers have had less offtakes. While tyre replacements were really good as the sales in this section grown with 24% in FY-19. We have crossed Rs 10,000 crore sales figure for the first time in 40 years of history.''

''The EBITDA of the company was up by 35% to 1,200 crore. The operating margins were reduced due to increase in raw material prices and as tyre companies depend for about 60% of manufacturing on raw materials, any price increments effect margins of the company, While the export performance during the year was really good and is expected to grow in coming quarters as well, ''Singhania added.

Even the fourth quarter profitability was impacted due to high raw material prices, the operating margins for the year as a whole increased by 35%. JK Tyre said its volumes grew 20 per cent despite a slow down in the automotive sector in the second half of the year. The company said its board has recommended a 75 per cent dividend of Rs 1.5 per equity share for the year ended March 31, 2019.