Data is not only new oil, but also new soil: Mukesh Ambani

At the Hindustan Times Leadership Summit 2017, Mukesh Ambani, Managing Director at Reliance Industries Ltd, said Jio was playing a leadership role in India. Ambani, who earlier said 'data is the new oil,' has now said it is also the new soil. 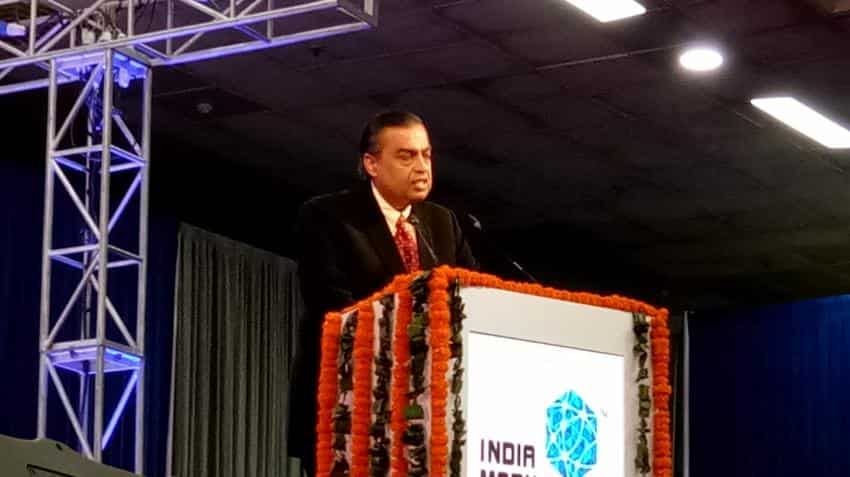 Richest man in India and leader of the youngest telecom operator, Mukesh Ambani at the HT Leadership Summit in New Delhi on Friday said ‘data is the new soil.’

Adding to his earlier statement of ‘data is the new oil’ Ambani said, “Data is not only the new oil. Data can also be the new soil.”

He was speaking at the Hindustan Times Leadership Summit 2017 amongst world leaders like PM Modi and former US President Barack Obama.

"58,000 colleges, over 700 universities and 19 lakh schools in India will be digitally connected, with Jio playing a leadership role," Ambani added.

Speaking at the national capital on the first day of the India Mobile Congress in September, Ambani had said, “Mobile connectivity and cloud computing are the foundational technologies of the fourth industrial revolution. Data is the new oil. India doesn’t need to import it. We have it in super abundance.”

Ambani-led Reliance Jio launched its services in September 2016. The company put up a tough competition with free data and calling offers. Ambani reiterated data consumption was increased in India because of Jio.

“Just one year back, India was ranked 150th in the world for mobile broadband. Now it is number 1, after the launch of Jio.”

Commenting on earnings by Jio, Ambani said it was worth taking some losses if consumers and the country were benefiting.

“Jio's results are announced every quarter. I don’t want to predict but we are ahead of our schedule,” Ambani said in an interview with CNBC.