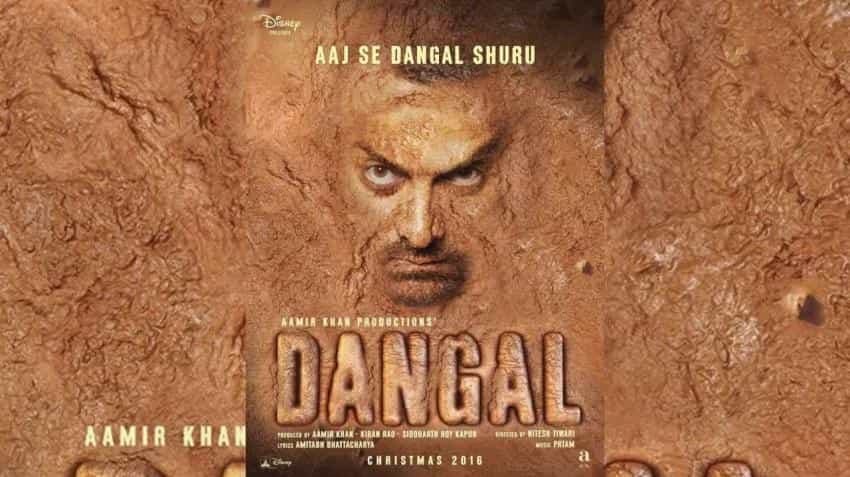 On Friday, the film was also released in Tamil and Telugu. Photo: YouTube

Amid the cash crunch in the country, Aamir Khan starrer Dangal has minted over Rs 100 crore in just three days.

Based on a real-life story of wrestler Mahavir Singh Phogat and his struggle to train his two daughters, Dangal, smashed all box office records, as it became the first film to collect Rs 40 crore net, highest ever in a single day, a Box Office India report said.

Dangal is the third film to cross 100 crore nett in India in three days. The other two films before Dangal were Salman Khan starrer Bajrangi Bhaijan, which was released last year and Sultan, which had hit the theatres this year on Eid, the report added.

On Friday, the film was also released in Tamil and Telugu. Though the performance under the dubbed version were not impressive, but, including these versions, the film had collected Rs 106.75 crore nett.

The film also benefitted the online ticket booking company, Bookmyshow. The company had received the highest ever advance opening with its release.

Dangal has witnessed approximately 40% more advance bookings on BookMyShow for the opening week as compared with other blockbusters that entertained movie buffs in 2016.

And to top it all, BookMyShow has already hit its fastest 1 million ticket milestone for an individual movie with Dangal while already clocking sales over Rs 20 crore, the company had said.