From tomorrow these companies were set to hold EGMs to decide on the removal of Mistry. 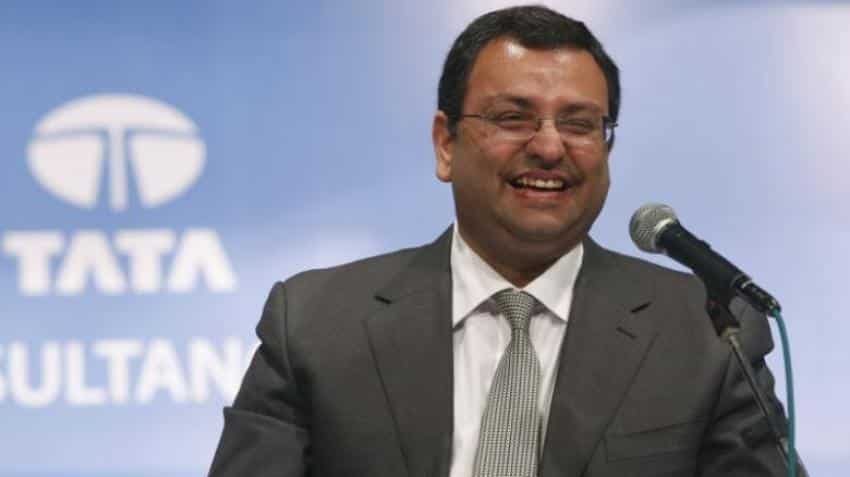 On December 13, Mistry was removed as director of TCS. Photo: Reuters

The ousted Cyrus Mistry on Monday announced the resignation from all the Tata group companies. He said that his fight was not for "position" but to secure "long-term reform of Tata Group."

Mistry has stepped down from Tata Power, Tata Chemical, Tata Steel, Tata Motors and Indian Hotels Co Ltd (IHCL). From tomorrow these companies were set to hold EGMs to decide on the removal of Mistry.

Following the decision, Mistry in a letter to shareholders, said, "I believe my actions today are consistent with protecting the long-term interests of the Tata Group. By removing myself from the general meetings, I reinforce my consistent position that this is not a fight for a position but a fight to more effectively secure long-term reform to keep the Tata Group on a sustainable path".

In the letter he said that his efforts were aimed at reforming the system from within, which led to his removal.

Further, he said, "Events of the past eight weeks have been about saving a legacy. A legacy of values and ethics inherited from the founder of the Tata group, Jamsetji Tata. I am mindful of the legacy I inherited. In the 1960s, when multiple members of the Tata family wanted to sell their shareholding in Tata Sons, my grandfather and father were approached to ensure the share od Tata Sons went into safe hands". 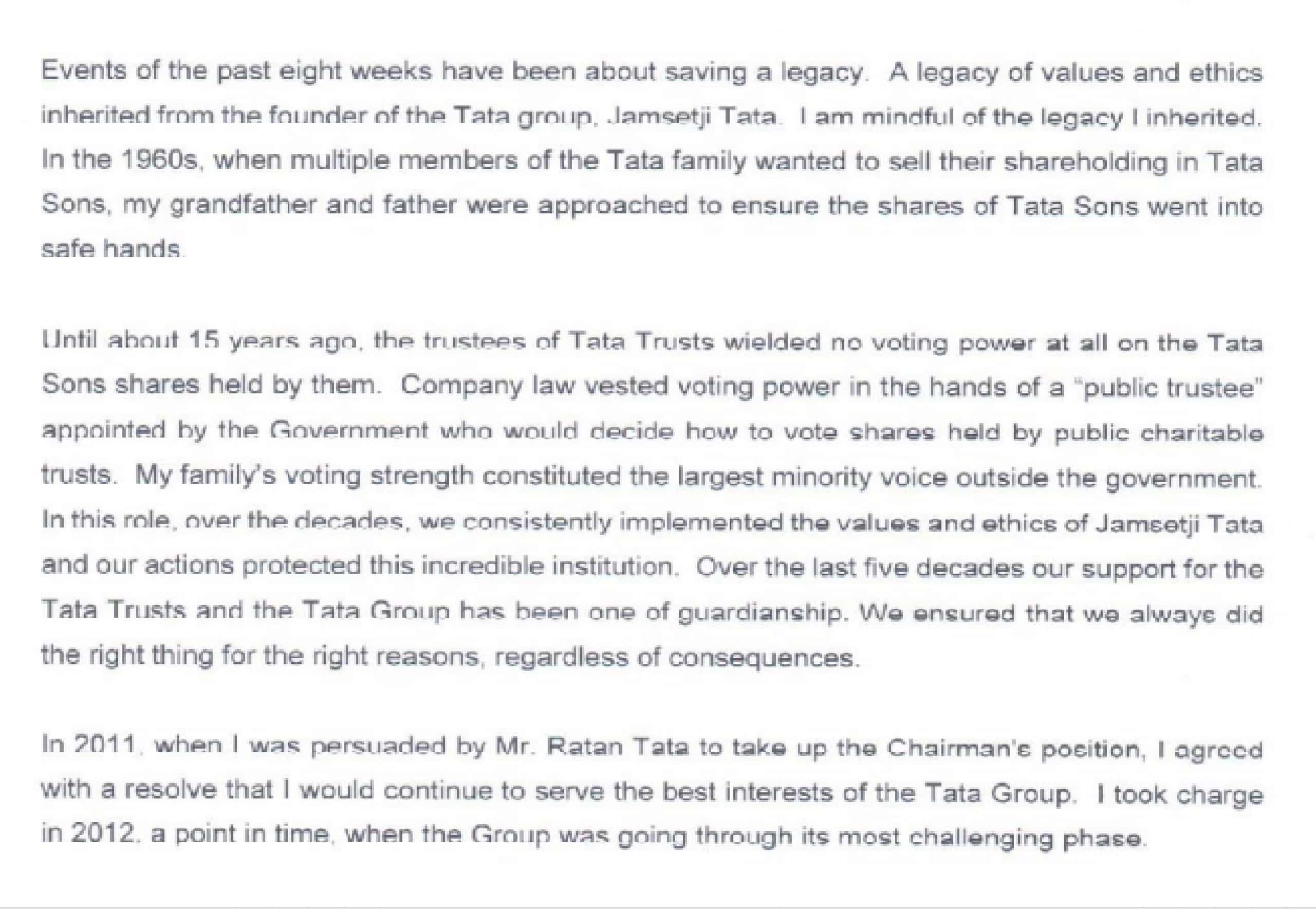 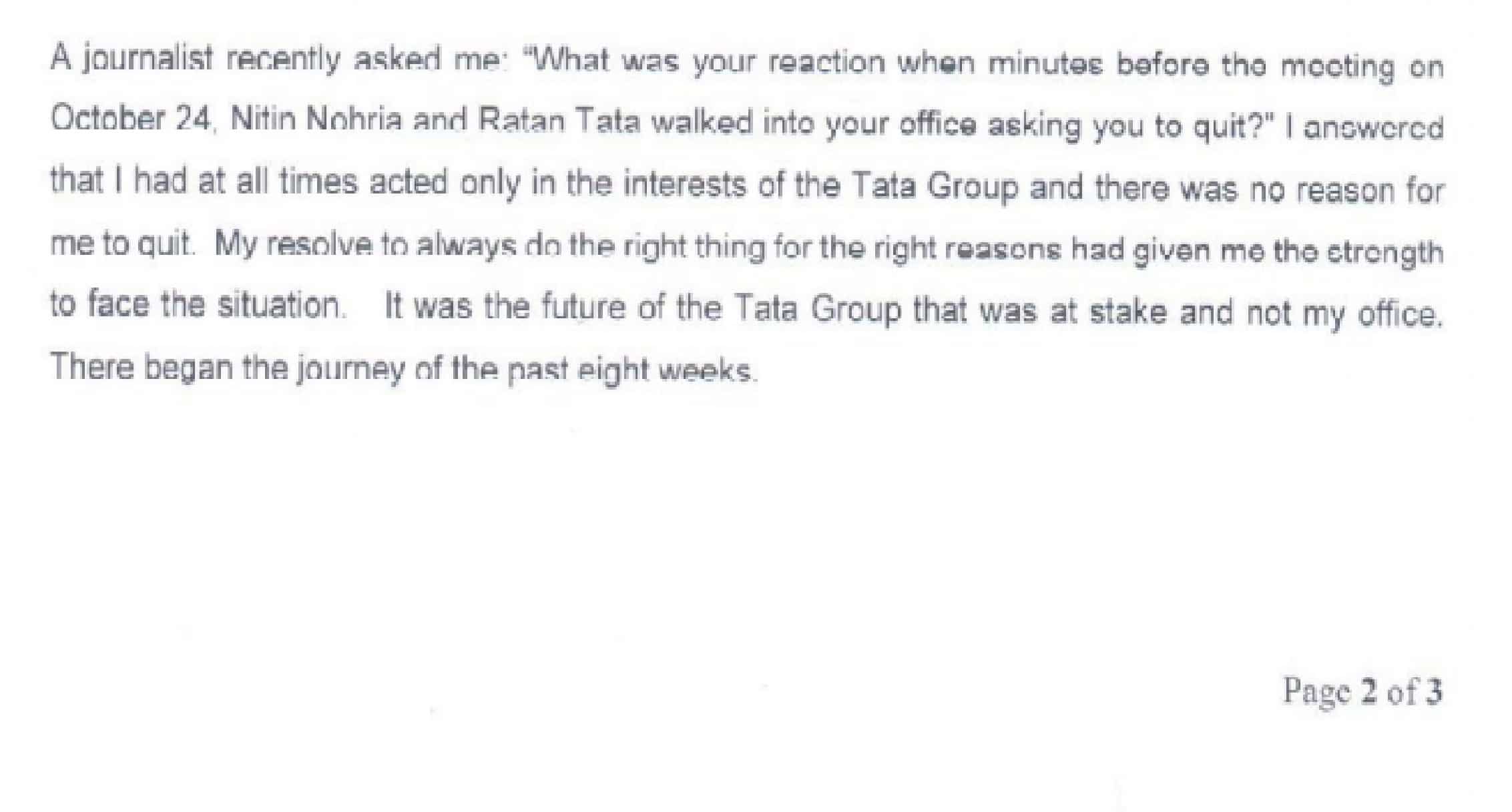 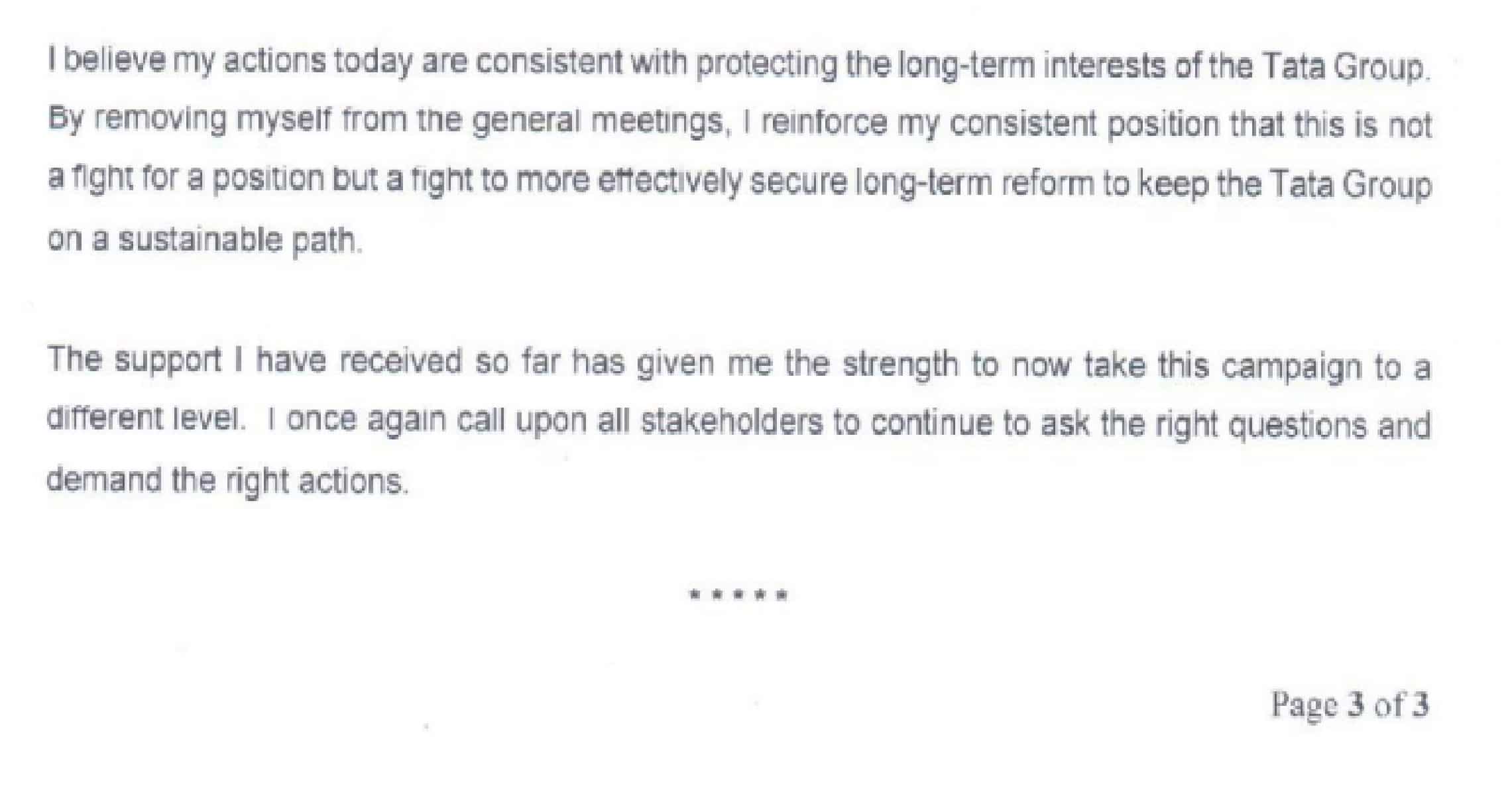 On December 13, Mistry was removed as director of Tata Consultancy Services (TCS) with 93.11% of shareholders present at an extra-ordinary general meeting voting for his ouster.

Mistry was on October 24 abruptly removed as Chairman of Tata Sons but he continues to head several operating companies of the Group.

His predecessor Ratan Tata, who replaced Mistry as the interim chairman, has been trying to tighten his grip by seeking to removal Mistry from boards of the operating companies as well.