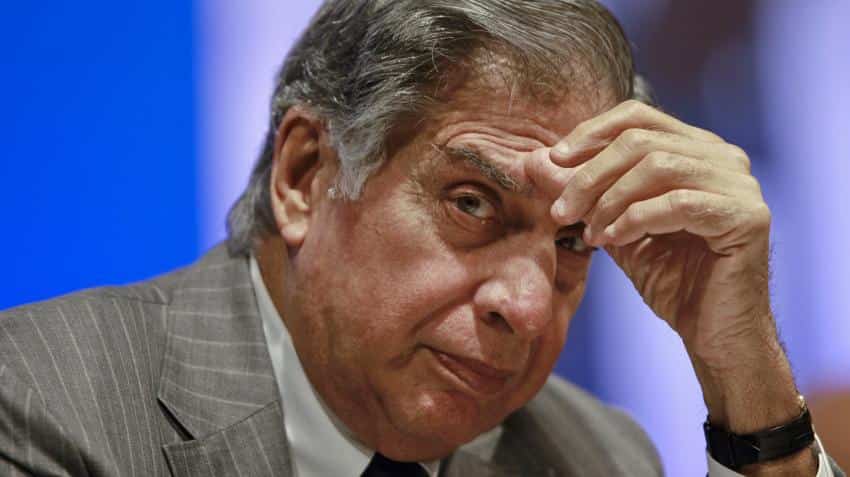 Ratan Tata had questionable investments in Piaggio of which the company incurred a loss of Rs 1,150 crore

Ratan Tata and erstwhile directors of Tata Sons drew compensation as commissions from Tata Sons instead of salaries while those under Mistry did not.

In another statement by Cyrus Mistry, ousted chairman of Tata Sons on Tuesday, he has raised some questionable investments made by interim chief, Ratan Tata and a few imminent costs that were borne by the group.

Mistry labelled Ratan Tata’s investment in Piaggio Aero as ‘distressing’ due to the losses incurred by the Tata Sons.

Efforts to recover the losses were also objected to by Ratan Tata, Mistry said.

“This was after the efforts of Mr. Bharat Vasani and Mr. Farokh Subedar who managed to recover Rs. 1,500 crore, overcoming the objections of Mr. Ratan Tata who in contrast favoured increasing investments in that company. Today, the company is, for all practical purposes, nearly bankrupt,” Mistry said.

Mistry pointed out that other impairments and costs borne by the company related to PR services, which were officially paid for by Tata Sons and was used for Tata Trusts.

“…another significant difference was due to the cessation of services by Ms. Nira Radia (Vaishnavi Communication) who was being paid approx. Rs 40 Cr per year.  She had been replaced  by Mr. Arun Nanda (Rediffusion Edelman) who had been brought in by Mr. Ratan Tata at a cost of Rs 60 Cr per year for PR support just prior to Mr. Mistry taking charge. It is worth noting that a part of this PR infrastructure was also provided to the Tata Trusts, while paid for by Tata Sons,” Mistry said.

The letter said that Ratan Tata along with former directors of the board of Tata Sons drew additional commissions instead of salaries from the group; however those under Cyrus Mistry, drew remuneration only from Tata Sons.

“In the five years preceding 2012, several group centre (GCC) members held what were deemed 'non-executive' roles in Tata Sons. As such, they, including Mr. Tata, drew their compensation as commissions from Tata Sons instead of salaries which skews base year comparisons.  It is also public knowledge that several erstwhile directors of Tata Sons drew additional parallel commissions from operating group companies,” Mistry said.

The impairments and write downs at Tata Sons were due to legacy issues, largely relating to Tata Teleservices Ltd.  There were also other investments of questionable nature such as Nagarjuna refineries (Rs. 400 crore) and SASOL JV, the letter said.

Other costs of Tata Sons included Rs 30 crore in 2015 as office costs of Ratan Tata and the costs being rendered from corporate jets.

Tata Sons had earlier alleged that one of the reasons Cyrus Mistry was fired was his ‘false promises’ and not being able to bring improvements in the group’s ‘problematic’ companies.

In line with the earlier accusation, the letter stated, “Mr. Mistry did not approach any of the businesses with a view to do a quick cleansing so that he could immediately demonstrate decent results going forward."

The letter said that between FY11 and FY15, Tata Sons networth, after considering impairments increased from Rs 26,000 crore to Rs 42,000 crore, significantly strengthening the ability to absorb future shocks.

“Insinuating the increase in expenses as a failure of Mr. Mistry is another brazen attempt to mislead the public and shareholders,” the letter said.