Though credit growth is declining, but at the same time what needs to be look at is the expansion through non-banking channels and debt markets. 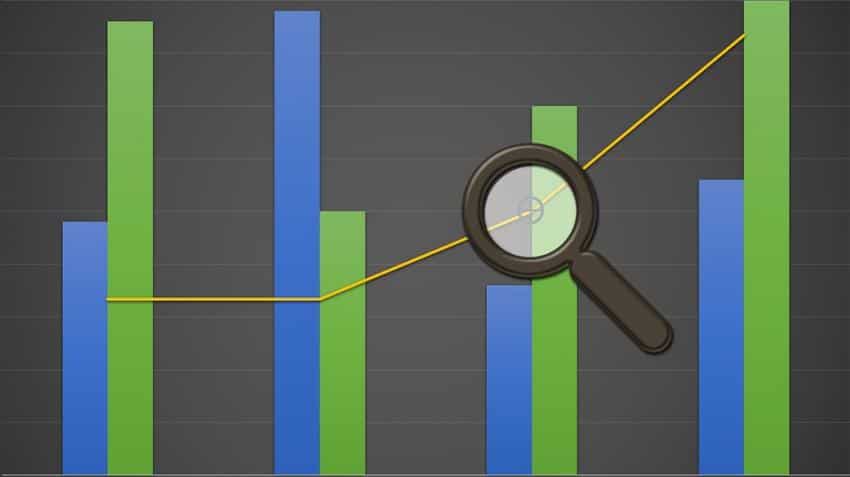 The credit growth has touched historic lows in the last financial year. In the current fiscal till August 4, 2017, there has been an incremental credit de-growth of Rs 1.1 lakh cores, according to Reserve Bank of India (RBI) data.

But, is it actually the case?

What RBI data is showing is one side of the story as credit per se has been expanding through non-banking channels, primarily in the debt market, a report said.

State Bank of India (SBI) in its Ecowrap report said that industries that saw a more than proportionate rise in loan funds corresponding to bank credit are cement, pharma, and auto ancillaries, which have been resorting to debt market like overseas funds, ECBs, institutional borrowing, mutual funds etc and not banks.

"Where sectors reporting decline in loan funds in listed corporates may contradict with increase exhibited in RBI sectoral credit deployment, we are compelled to believe that credit has flown to MSME unlisted entities," the report said. 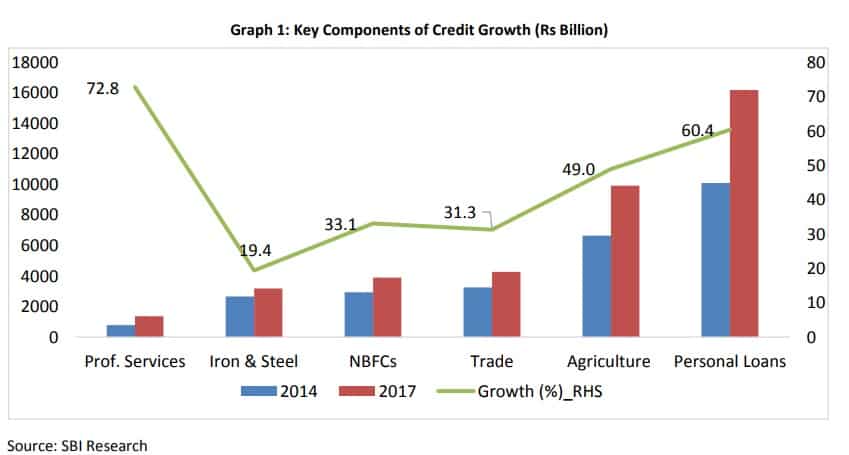 "Overall, this augurs well for lenders who appear to be derisking and reworking their model for a better tomorrow. However, sectors such as credit to automobiles and auto-ancillaries may require some rethinking by traditional lending channels."

Further, the report revealed two major results: Firstly, it said interspersing RBI's sectoral deployment of bank credit data with sectors filtered from listed corporate loan funds data, shows there is a more than proportionate rise in loan funds compared to growth in the RBI data for the three-year period ended FY17. Secodly, industries that saw a decline in loan funds despite a rise in RBI credit data for the same period.

Going by sectoral deployment of bank credit, non-food credit grew by 28.3%, or a CAGR of 9%, during FY14-FY17. Within non-food credit, personal loans and loans to agri and allied activities grew 56% during this period yielding a CAGR of 16%, the report added.

But barring these two segments, other non-food credit grew at a snail's pace at CAGR of 5.2% only.

"Clearly credit to industry barely grew during the last three years. But there are exceptions like services sectors like trade, NBFCs and professional service reported healthy credit growth," it said.

Also, as per the report, looking at the rating movement of the sectors, upgrade to downgrade ratio is above 1 for all the sectors. This clearly indicates that such sectors because of a better credit profile are able to exploit the non-banking sources also better. 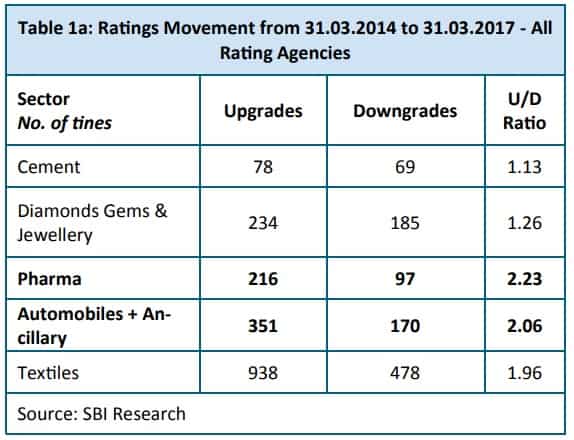