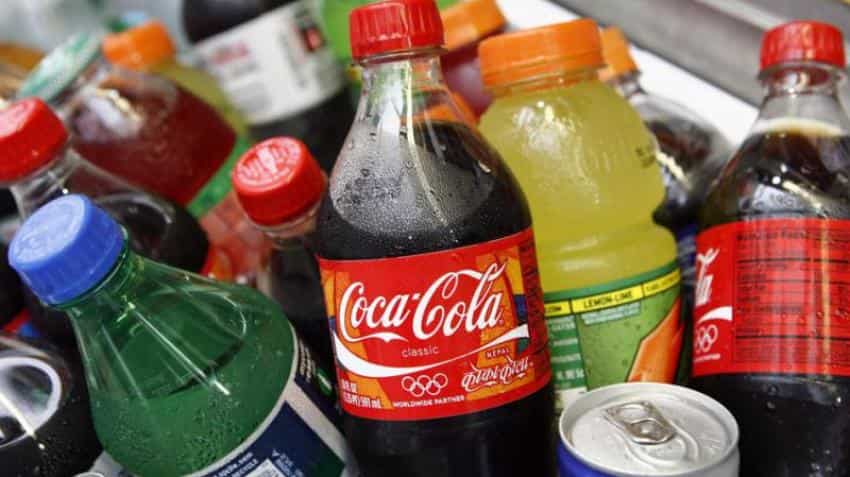 Beverages major Coca-Cola, as part of diversifying the product portfolio in the country, would look to launch variants in the fruit beverages category that would be specific to each state, a top official has said.

The company which has been retailing global brands like Coke, Sprite, Fanta also engaged in retailing brands Thums Up, which it acquired in the domestic market.

The Coca-Cola Company, India and Southwest Asia, President, T Krishnakumar said they were planning to launch lot of variants in terms of "fruit beverages" as part of an initiative to get products "more relevant to India".

"In fact, we are going to launch lot of local products. Like mango, we have Maaza. During this year, we are planning to launch mango of every State," he told reporters late last night.

"Like we have Kesar (mango variant) in Gujarat, we have Neelam (variant) in Tamil Nadu. We are going to have local flavours that would be launched in that particular state," he added.

He said the move to launch state-specific fruit beverages was to ensure people of particular State will relate to particular mango of their State.

"That is what they eat most of the time. So that is something one way we will be increasing the content", he said.

Stating that the company was focusing more on building 'Maaza' as a brand, he said, the fruit-based beverages market was getting bigger.

"When we started there were only three of us big players. But, now we have 30 to 40 players in the mango beverages segment. So, business also grew substantially", he added.

On the other initiatives taken by the company, he said, the company based on the success of the orange juice in Gujarat was planning to extend it across the country.

He said, the company would focus "pretty strongly" in the coming 18-24 months in the fruit circular economy.

Krishnakumar said the company has been testing launch of 'frozen fruit' in Bengaluru which would be similar to an ice-cream.

"We got the innovation from our Australian bottler. It is actually like an ice-cream and dispensed out of a softy machine. We have been testing it in Bengaluru. It has been very successful and so in April, we are planning to launch in the top six cities", he said.

It would be like "frozen fruit" with no dairy or added sugar. "It is just 99.5 per cent fruit", he said.

To a query about reducing sugar content in its products, Krishnakumar replied in the affirmative, saying the company would have sugar levels much lower than the existing one.

"Sugar is something people are very conscious of. We are definitely on a journey there. All the new products that we are going to formulate, you will find that we will keep the sugar levels at much lower levels than what we have today," he said.

As far as core portfolio is concerned, Krishnakumar said the company would launch two variants- Lite and Diet. In 'Lite', the sugar level will be reduced substantially, in 'Diet', it will be sugar-free, he added.

On dairy business, Krishnakumar said the company would introduce a value-added product during the second half of the year.