Going by the address of Videocon as given in the FIR, the actual CBI raid should have taken place in the 17th floor office on the B-Wing of the sprawling Mittal Court complex in the tony Nariman Point area. 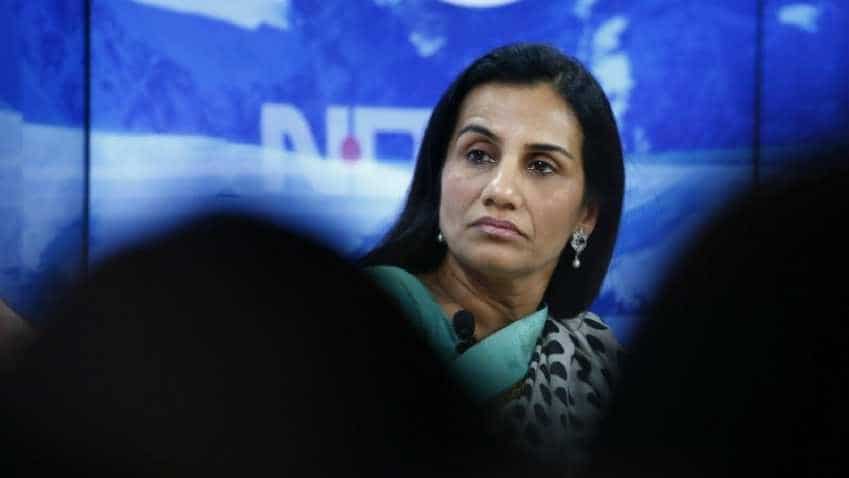 The name Videocon Industries is pasted with a packaging tape from inside the door, which can be seen only if the door is opened!
Written By: PTI
RELATED NEWS

Has the CBI, which Thursday registered a criminal case against Videocon group along with ICICI Bank's ex-chief Chanda Kochhar and her husband for alleged irregularities in sanctioning Rs 1,875 crore loans to the now crippled group, raided the wrong premises?

Going by the address of Videocon Industries as given in the FIR, the actual CBI raid should have taken place in the 17th floor office on the B-Wing of the sprawling Mittal Court complex in the tony Nariman Point area of the city. But CBI sleuths have carried out the day-long raids in the 17th floor office in the C-Wing of the same complex where other Videocon Group industries are housed!

To be fair, it has been found that both the wings are inter-connected, though.

What is more ironical is that the nameplate of Videocon Industries, the prime accused in the FIR, is written in Marathi with a sketch pen, while the other group companies have proper nameplates in metal frames.

The name Videocon Industries is pasted with a packaging tape from inside the door, which can be seen only if the door is opened!

Earlier in the day, the Central Bureau of Investigation (CBI) has booked the Dhoots of the Videocon group along with Chanda Kochhar, the former CEO and MD of ICICI Bank and her husband Deepak, for alleged irregularities in sanctioning six loans worth Rs 1,875 crore to the now crippled Videocon Group and other group entities.

The other companies on the 17th floor of the C-Wing include Videocon Games, Chhattisgarh Power Ventures, Prosperous Energy, and VOVL. Interestingly all these companies are not mentioned in the FIR filed by the CBI. It could also not be established immediately whether these companies are indeed Videocon group entities.

When PTI visited the premises in the evening, we could see CBI sleuths who flew down from New Delhi for the raid, busying themselves in searching the offices located in the C- Wing. Since most reporters were not aware of the exit from other C-Wing, all waited for CBI officials at B-Wing only.

When some journalists tried to enter the office from the B-Wing, they found it locked from inside, even though all the action was going on in the C-Wing.

A few staffers of the group were also present inside the office. When asked one of them told PTI that he is an employee but has not been paid for the past four months.

Another man said he works in the pantry and claimed to know nothing about the raids.

Yet another person, found seated at the reception in the C-Wing office along with a few others, said the raid is on across the Mumbai and Aurangabad offices of the group.