The cement industry was not growing as per our expectations, which stood between 8-10%, for the past three years. However, the picture has changed in past one year and the demands have gone up to 12-14% across India. 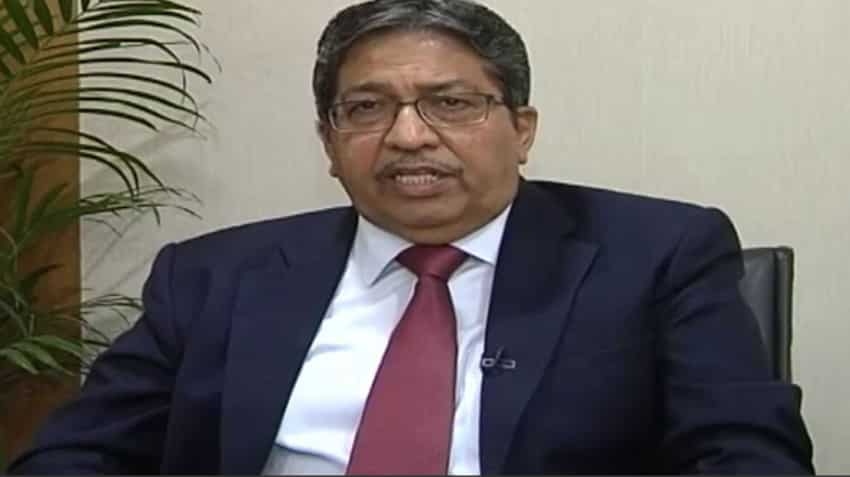 Government initiatives, like the push to infrastructural development and housing for all, has had a considerable contribution to the growth, Shailendra Chouksey of JK Lakshmi Cement said.
Written By: ZeeBiz WebTeam

What is the demand pattern in the cement sector?
The cement industry was not growing as per our expectations, which stood between 8-10%, for the past three years. However, the picture has changed in past one year and the demands have gone up to 12-14% across India. Government initiatives, like the push to infrastructural development and housing for all, has had a considerable contribution to the growth. Other participants of this growth include the development of a new capital in south India and ongoing construction works in Telangana and Andhra Pradesh and metro projects. Besides, the low base effect has also played a leading role in this growth.

What is the cement pricing scenario? What is your outlook on cement pricing, as per demand-pattern, in southern India?
There is a demand-supply mismatch in the industry, which has restricted capacity utilisation to 70%, .i.e. 30% capacity is lying idle. This is why the industry is not in a position to exercise its pricing power, which can return back if we are able to maintain the ongoing growth of 12-14%.

Talk about the ongoing growth in states like Andhra Pradesh, Telangana and Kerala?
A: They, these states, are doing well in terms of growth. At the same time, there is a pick up in few North Eastern and Eastern states of India like Bihar and West Bengal. Probably, this growth is backed by the ongoing assembly elections and upcoming general elections but one can't deny the second factor that is contributing to the growth and they are infrastructure build-up and GDP growth.

Amid the kind of contribution, which stands around Rs50 crore, that is made by the cement industry to the exchequer, we can't hope of something big but expect rationalisation of taxation. This rationalisation can be achieved by doing away additional components like royalty that is slapped on the cement industry. In addition, it should slap duty on import of cement, maximum comes from Pakistan, at a time when our country is 30% surplus in cement production can support us.

What is expected from other regions on the front of volume growth and demand?
Cement industry is growing positively in every state except few like Punjab, Haryana and Maharashtra among others.

Similarly, contractors involved in infrastructure works are dependant on bank finances and any impact of their finances, due to liquidity, may halt their growth prospects. This halt can also have a negative impact on the cement sector.

Increased energy cost had an impact on the margins. Will this have any impact in Q3 & Q4 results? What is your outlook on energy costs and its impact on pricing and margins?

You have reminded me of the problem being faced by the industry. At present, we are at the junction where the industry can't exercise its pricing power and cost is going up. The fuel prices have had an impact of about 42% on our company in past one year. Similarly, companies with dependency on Petcoke have seen a price rise by about 70%. This increase was backed by international fuel prices and depreciation of rupee value against the dollar.

There is a slight softening in the two, the fuel prices and rupee value against the dollar, but its impact can be felt on the results in the next quarter because companies functional in cement industry has a practice of securing or signing its contract for fuel supply for next three months.