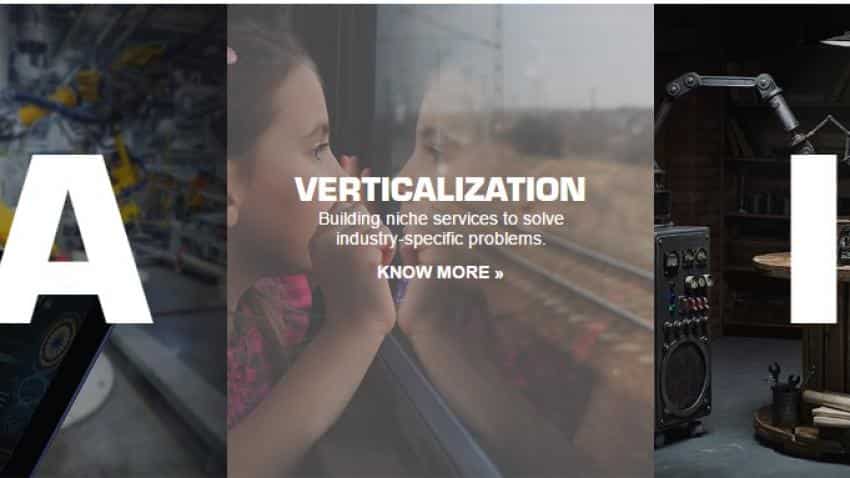 Tech Mahindra will acquire 84.7% of HCI and remaining 15.3% would be acquired in the next three years, at an enterprise value of $ 110 million (above Rs 700 crore). Image Source: Company website
Written By: Pooja Jaiswar
RELATED NEWS

Tech Mahindra said, “The HCI group has many marquee customers with active contracts in the Healthcare provider space. This acquisition provides an opportunity for Tech Mahindra to penetrate in the healthcare space via the EMR implementations and surrounding services route. It will also scale up healthcare revenue as provider sub vertical os a key element of healthcare and life science (HLS) strategy.”

As per the agreement, Tech Mahindra will acquire 84.7% of HCI and remaining 15.3% would be acquired in the next three years, at an enterprise value of $ 110 million (above Rs 700 crore).

Investors were very happy with the merger plan as the company's shares rose 2% at Rs 505 per piece on BSE Sensex at close of trade.

This decision also comes at a time when Indian IT firms are facing hard times with US trying to tighten norms around H1-B visa law.

In a move to make US companies more competitive, the US has proposed changes to the H1-B visa law that has come as a warning bell for Indian IT outsourcing companies.

The new law includes increase in minimum payment wages to $ 100,000 or $ 130,000 with limit of three years, increase in the minimum wage limit every three years, reduction in the number of visas in the open category,  replacing the existing lottery system by a market-based allocation and lastly restricting H1-B dependent companies from applying for fresh visas.

In the month of January 2017, India Ratings said, "If implemented will reduce the talent pool qualifying for such visas and in turn result in either increased employee cost for hiring employees with higher qualification or subcontract work, both of which would increase the cost of operations and pressurise margins."

Here's a list of Indian IT companies' labour condition application (LCA) under H1-B visa in 2016.

However, Tech Mahindra's proportion of local resources at onsite is lower as against its peers.

So is this deal with HCI Group, a solution of Tech Mahindra to lower the impact of H1-B visa new regime?

Ashish Chopra and Sagar Lele analysts at Motilal Oswal said, “At the moment, it classifies Healthcare in its ‘Others’ segment, which totals ~7% of overall revenue. We reckon Healthcare would form ~5% of total revenue. The acquisition would hence add a vertical to TECHM’s portfolio.”

Based on the financials, Motial Oswal has revised revenue estimates for the company by 2.5% in each of FY18 and FY19.

Credit Suisse and Morgan Stanley have maintained their 'outperform' rating on its shares.

They feel that the buyout will help the company scale up its healthcare vertical and there could be cross-selling synergies.