The government, using retrospective tax legislation, had in January 2014 issued a tax notice on Cairn Energy for alleged capital gains it made on a 10-year old internal reorganisation of its India unit. 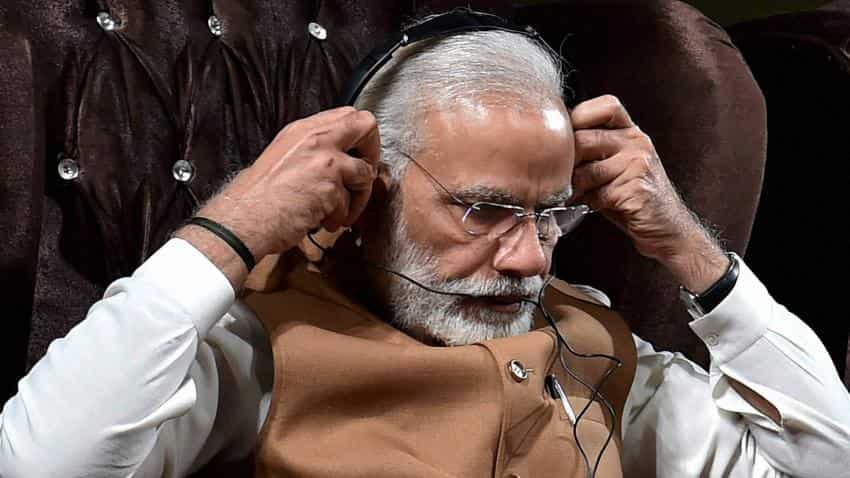 The Edinburgh-based firm told Modi that it has been more than 1,000 days that a tax notice was slapped on it using a retrospective legislation but a resolution is nowhere in sight.

When contacted, Company CEO Simon Thomson (rpt) Thomson refused to comment on its discussions with government.

Pressed further, he said pending resolution of the retrospective tax cases remains a concern for international investors and future investments particularly in the exploration and production sector depend on an amicable resolution.

The NDA government had made positive vibes when it had stated that it would not pursue tax terrorism including creating new tax demand using retrospective tax case, he said. "But our case remains unresolved."

In fact, only a draft assessment order was issued in January 2014 during the UPA rule and a final tax demand was raised by the present government.

"Why hasn't legislative been used to scrap the retrospective tax demands," he asked. "Such a move will provide impetus to investments in India."

It is in the interest of India that retrospective tax demand is resolved once and for all, he said.

Cairn Energy has initiated arbitration under the India-UK bilateral investment protection treaty but India is seeking to put on hold the proceedings and instead wants a parallel arbitration initiated by Vedanta Resources to be taken up first.

The government, using retrospective tax legislation, had in January 2014 issued a tax notice on Cairn Energy for alleged capital gains it made on a 10-year old internal reorganisation of its India unit.

Three months later in April 2014, it imposed a tax demand of Rs 20,495 crore on Cairn India, the UK firm's erstwhile subsidiary for failing to deduct tax on the capital gains. Cairn Energy and Vedanta, which had bought Cairn India from the Scottish firm in 2011, had initiated separate arbitrations against the tax demands.

Cairn Energy had initiated the arbitration in March 2015 and the three-member arbitration panel had been constituted. But at a hearing last month, the government contended that the proceedings should be put on hold, sources said.

Sources said the counsel also made an application seeking more time to file reply to Cairn Energy's demand for USD 5.6 billion in compensation from the Indian government for raising a retrospective tax demand.

As per the schedule drawn up, the reply was to be filed by mid-November.