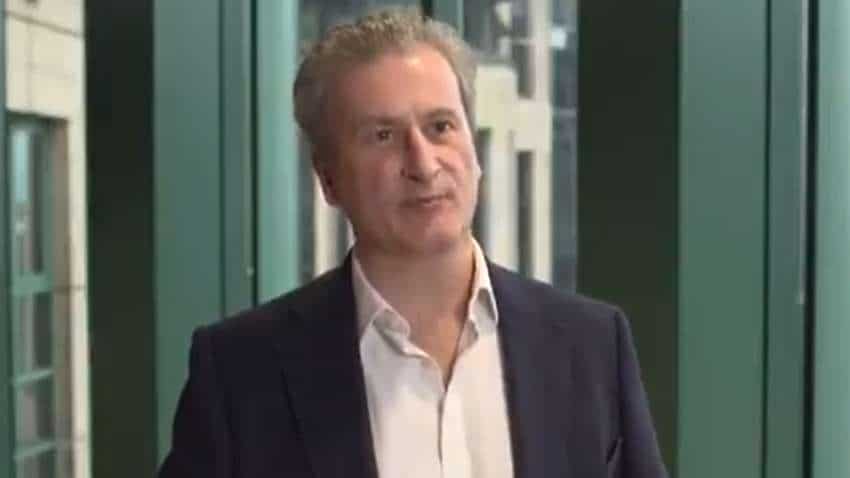 In December, the British energy major had won $1.2 billion award plus interest and costs in a treaty arbitration case against India. Pic from https://twitter.com/cairnenergy

Cairn Energy PLC's CEO Simon Thomson said Thursday that the discussion with finance ministry officials in relation to retrospective tax dispute was constructive. He declined to make any further comments, though he told reporters after the meeting that the talks would continue.

"We had a constructive dialogue. The dialogue is ongoing," Thomson told reporters outside finance ministry after the meeting got over. The meeting assumes significance at a time when India is preparing to file an appeal against the international arbitration court's order.

In December, the British energy major had won $1.2 billion award plus interest and costs in a treaty arbitration case against India. While, the Indian government has indicated towards filing an appeal against the order, last week, Cairn Energy filed cases in the US, the UK and the Netherlands courts to register the arbitration award in a bid to seek legal seizure of Indian assets.

The dispute relates to retrospective levy of taxes. The government in May, 2012 had passed the Finance Act that brought many amendments in the provisions of the Income Tax Act ,1961 with retrospective effect to tax any gain on transfer of shares in a non-Indian company which derives substantial value from underlying  assets that are located in India.

Using this legislation, Indian government slapped the British oil major with a tax demand of Rs 10,247 crore over a restructuring carried out in 2006 while the preparation for an IPO of Cairn India was going on. The taxmen in 2015 seized Cairn Energy's remaining shareholding of about 10 per cent of Cairn India, then valued at about $1 billion. Cairn Energy filed a case under UK-India investment treaty against the tax demand. During the pendency of the arbitration, the Indian government also seized dividends and set-off tax refund against the demand. The international arbitration tribunal gave its judgement in favour of Cairn Energy and ordered the Indian government to return the value of shares it had sold, dividends seized and tax refunds withheld to recover the tax demand along with interest. Before Cairn Energy, a similar ruling had come in tax avoidance case of telecom giant Vodafone. India is challenging the Vodafone ruling in Singapore.