BSNL withdraws 5 long-validity, data-only recharge plans - Check if your plan is on the discontinued list

The telco has announced to focus more on consumer-centric offerings as the STVs in this withdrawal list are data based offerings, which do not come with any voice calling benefits. 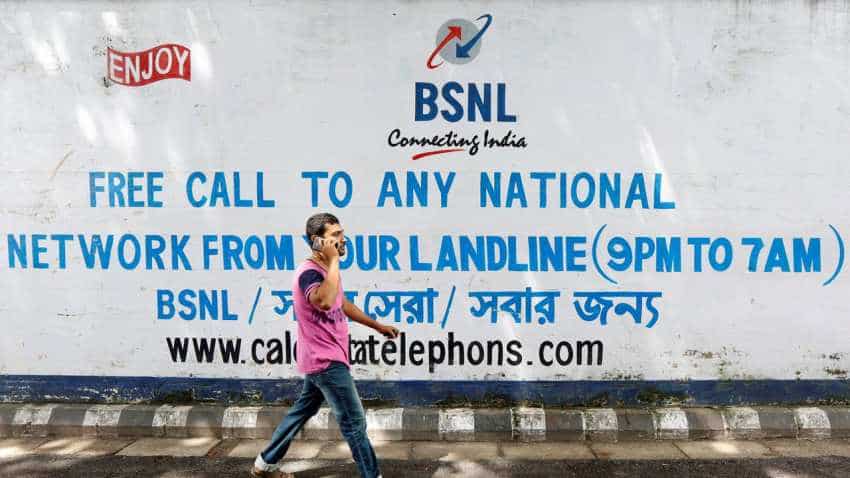 In fact, BSNL's Rs 549 prepaid plan is the cheapest long-validity plan which provided 2GB of data per day along with free PRBT for a validity period of 60 days. Image source: Reuters
Written By: ZeeBiz WebTeam
RELATED NEWS

In a bid to lure more and more customers, Bharat Sanchar Nigam Limited (BSNL), earlier launched several STVs (Special Tariff Vouchers) and revised plans, but now it has announced to withdraw selected STVs. Of these, the state-owned telecom operator has discontinued Rs 549, Rs 561, Rs 2,798, Rs 3,998 and Rs 4,498 recharges across the country. These recharges were offering up to 2GB data per day with a maximum validity of 365 days, according to TelecomTalk report.

The telco has announced to focus more on consumer-centric offerings as the STVs in this withdrawal list are data based offerings, which do not come with any voice calling benefits, said the report.

BSNL's Rs 2,798 plan offering 1GB of data per day for a validity of 365 days has also been discontinued. Under this plan, customers were able to surf the internet with a reduced speed to 40Kbps once the data limit was over. owever, two other plans including Rs 3998 and Rs 4498 offer, also came with data benefit of 1.5GB and 2GB per day respectively. Both the plans used to be active for a validity period of 365 days.

Further, the report said that most of the BSNL STVs discontinued are data-based, and three out of the four are long term packs. The telco seems to have failed to woo the consumers for its long-term plans. Subscribers seem to recharge multiple times a year, rather than going for a single data-based plan for an entire year that too a hefty sum, the report added.

A few weeks ago, BSNL also decided to reduce validity of its Rs 666 plan from 129 days to 122 days, said the report, adding that the Telco has also revised its prepaid plan of Rs 349 which comes with more validity from its day of recharge.