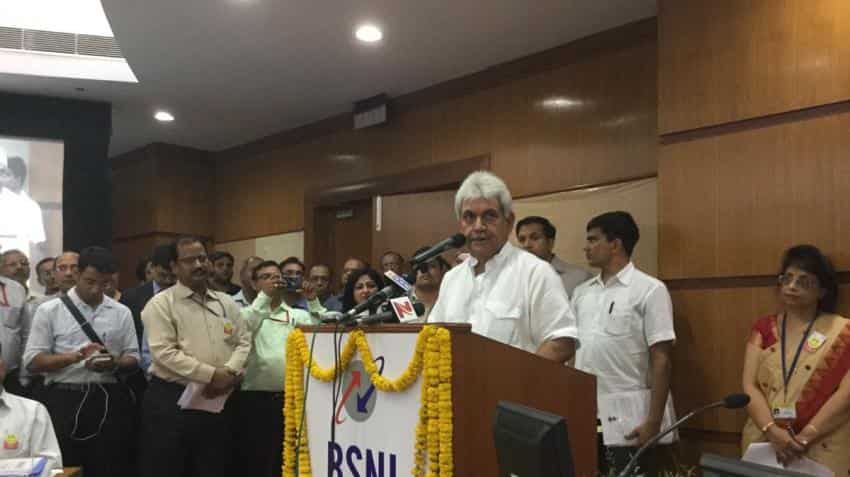 With the growing competition in India's telecom sector, BSNL has to stand firmly and perform in this scenario by the end of this year, Zee Business channel reported citing the Telecom Ministry as saying on Tuesday.

"Its a competitive atmosphere and BSNL has to perform. I believe that BSNL has to stand firmly and perform in this scenario... If BSNL gets weak then it will be dangerous situation for telecom industry," the channel reported quoting the minister of state (independent incharge) for the Ministry of Communications Manoj Sinha as saying at the company's Heads of Circle Conference.

Speaking further, he said that tariff plans like Rs 49 or Rs 249 can benefit you in the short-term but in the long-term you have to get better services.

Closing of complaints without offering appropriate solution is not good for BSNL, he added.

"BSNL should get 15% of market share and question is by when? BSNL has to answer it," Sinha said.

Sinha further explained the key strengths of BSNL with which it can compete with other telecom operators in the market.

The country's state-owned telecom operator BSNL has got assets and dedicated workforce, he stated.

According to Sinha, the telecom company's landline numbers are declining rapidly which is very serious situation and it needs to be addressed.

"Customer is a King, therefore, BSNL has to render better services and get landline flourish in the country," cited Sinha.

People who are responsible for the negative growth of BSNL are no longer required, he added.

Sinha said that continous feedback system like used in the Indian Railways has to be developed in BSNL and it should be efficient.

"Performance related appraisal mechanism should be developed and BSNL should decide on the same. If BSNL agrees then Telecom Ministry can execute it," Sinha further added.

The government assures BSNL that all help and cooperation will be rendered to turn the telecom company onto the growth roadmap, he said.

The Telecom Ministry has given December 31, 2016 as the deadline for BSNL to perform and turn it into profitable company.

Skipper gets orders worth Rs 2,570 crore from BSNL in Rajasthan, Odisha