British Airways customers travelling on the codeshare flights will be able to check their bags straight through to their final destination and both airlines use the same terminals at Delhi and Mumbai airports, making it even easier for customers to connect on to domestic services. 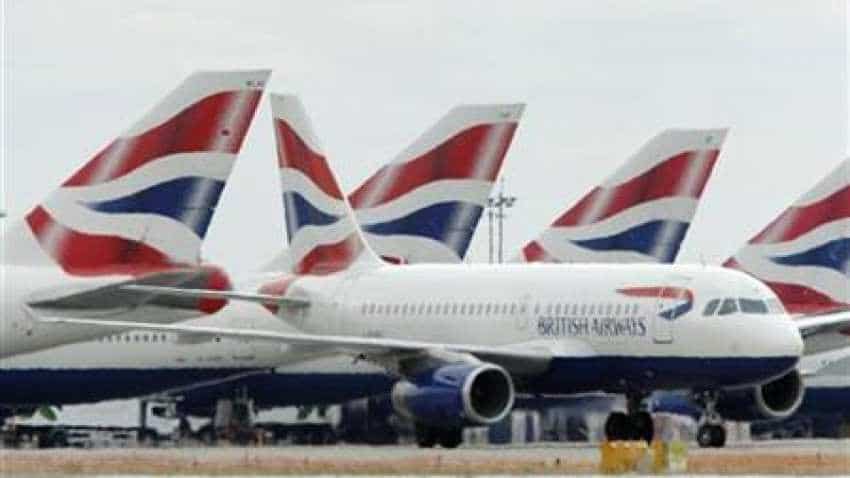 Flyers from metro cities in India to London will now have more options as British Airways and Vistara today announced a new partnership to open up more routes. Customers can book seats on Vistara flights to destinations across India from Chennai, Mumbai and Delhi. Seats are available on ba.com from today, for travel from September 27, 2018, said a British Airways statement.

British Airways customers travelling on the codeshare flights will be able to check their bags straight through to their final destination and both airlines use the same terminals at Delhi and Mumbai airports, making it even easier for customers to connect on to domestic services.

Customers travelling on Vistara will enjoy complimentary meals and will be able to choose between three different cabins, including India’s only Premium Economy class.

British Airways operates two direct flights a day from Heathrow to Mumbai, a double daily service to Delhi and a daily flight to Chennai. The airline also flies direct to Hyderabad and Bengaluru from Terminal 5 and is rolling out a £4.5 billion, five-year customer investment plan, that includes the installation of the best quality Wi-Fi and the delivery of 72 new aircraft, the statement said.

The agreement will offer opportunities to British Airways customers to visit 13 new destinations across the region. The cities includes Ahmedabad, Amritsar, Bhubaneswar, Chandigarh, Goa, Kolkata, Kochi, and Pune, that have previously been more difficult to access from the UK. 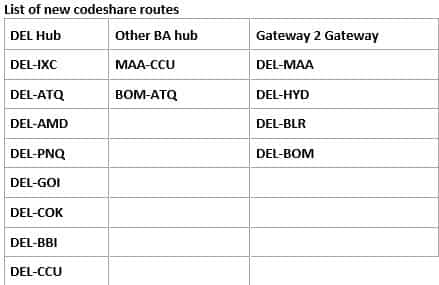 Rishi Kapoor, British Airways’ Head of Alliances, said: “We have been wanting to expand our network in the region for some time and to have Vistara on board is great news for our customers and for companies based in these important cities. Whether it’s soaking up the beaches in Goa, India’s sunshine state, exploring Kochi, Kerala’s colourful city, or taking in the temples and culture of Amritsar, this partnership opens up a whole new range of destinations for holidaymakers too.”

Sanjiv Kapoor, Chief Strategy & Commercial Officer, Vistara, said: “We are delighted to extend our existing interline and through check-in partnership with British Airways to a codeshare agreement. This partnership reaffirms our commitment to taking India’s finest airline brand beyond Indian borders, and it gives us the opportunity of welcoming travellers from around the world to experience the ‘new feeling of flying’ in India with Vistara."