The shipbuilder’s Rs 345 crore IPO was subscribed 1.02% on the final day, after being extended for three days till October 1 due to a tepid response. The price band was also revised from Rs 115-118 to Rs 114-118 a piece. The offer for sale by the government was a part of its divestment plan. 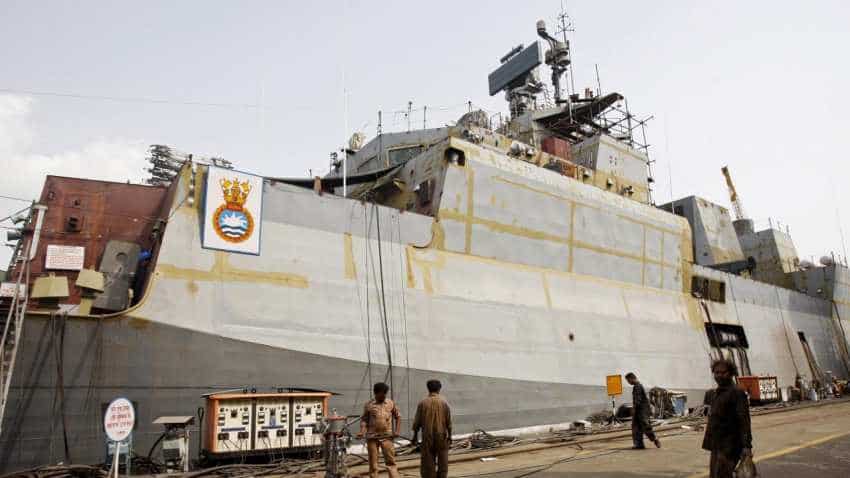 Volatile markets are spoiling the listing of the companies on the bourses with three companies debuting at a discount to their issue price. Image source: Reuters
Written By: Soumonty Kanungo
RELATED NEWS

The shipbuilder’s Rs 345 crore IPO was subscribed 1.02% on the final day, after being extended for three days till October 1 due to a tepid response. The price band was also revised from Rs 115-118 to Rs 114-118 a piece. The offer for sale by the government was a part of its divestment plan.

The Kolkata-headquartered public sector defence company caters to the requirements of the Indian Coast Guard and Indian Navy. As on July 31, its aggregate order book was Rs 20,313.6 crore, comprising gross order value in the shipbuilding segment, engineering segment and the engine segment of Rs 20,029.42 crore, Rs 85.17 crore, and Rs 199 crore, respectively. The revenue of the company has seen a decline between 2014-15 and 2017-18, while its pre-tax profits remained almost flat during the period.

According to an analyst, PSU companies are unlikely to garner investor interest due to poor returns. Barring a few, almost all PSUs have underperformed with investors losing money.

He said in a volatile market, it is better to invest in stocks with proven track record than to go for new companies, where there is a risk of negative returns.

Earlier this week, Aavas Financiers made a weak debut on BSE as its scrip got listed at 7.7% discount to its issue price of Rs 821 on BSE.

Last month, state-owned railway engineering and construction company Ircon International also had a tepid stock market debut where it shares were listed at at Rs 415.30, about 12.5% discount to its issue price of Rs 475 a piece, despite the Rs 467 crore IPO being subscribed 9.9 times. The shares were listed at Rs 412 per share, about 13.2% discount to the issue price on NSE. The share sale was held on September 17-19 with a price band of Rs 470-475 per share.

In a recent interview to DNA Money, Motilal Oswal, CMD, Motilal Oswal Financial Services had said that the IPO markets are “unpredictable” and “volatile”, and it will take time for IPOs to revise prices. According to him, it is not a good time to invest in IPOs, and the primary market will see momentum once the overall markets finds stability.

“Many good company IPOs are below their issue prices. IPO means people want good returns, but it is not happening,” he had said.