The company said it will primarily use the money from this sale to reduce its debt. 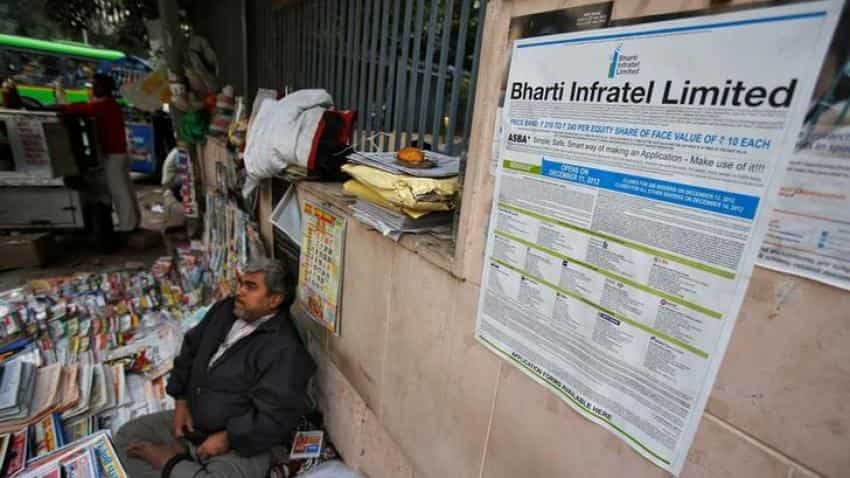 Bharti Airtel will primarily use the money from this sale to reduce its debt. Photo: Reuters
Written By: ZeeBiz WebTeam
RELATED NEWS

Telecom operator Bharti Airtel on Tuesday announced that it has completed the secondary sale of over 190 million shares of its subsidiary Bharti Infratel Limited representing 10.3% to a consortium of funds advised by KKR and Canada Pension Plan Investment Board (CPPIB) for a total consideration of over Rs 6,193.9 crore, executed at a price of Rs. 325 per share.

The company in a regulatory filing said that this transaction makes it KKR’s second investment in Bharti Infratel.

Earlier, a fund managed by KKR had invested in Bharti Infratel during the period 2008 to 2015. Post this transaction, the stake held by KKR and CPPIB (combined) will be the single largest public shareholder block.

Moroever, the company said it will primarily use the money from this sale to reduce its debt. Post the closure of the deal, Bharti Airtel's equity holding in Bharti Infratel will stand at 61.7% and the consortium (KKR and CPPIB) will hold 10.3%.

Speaking on the transaction, Sunil Bharti Mittal, Chairman, Bharti Airtel said, "This investment by a consortium of marquee long-term investors underlines the confidence of the global investors in India’s growth story and the government’s Digital India initiative in particular. The long-term investment horizon of the investors aligns well with the capital needs and business cycles of Bharti Infratel.”

He also said that this deal will further reinforce the positive outlook for the telecom infrastructure sector.