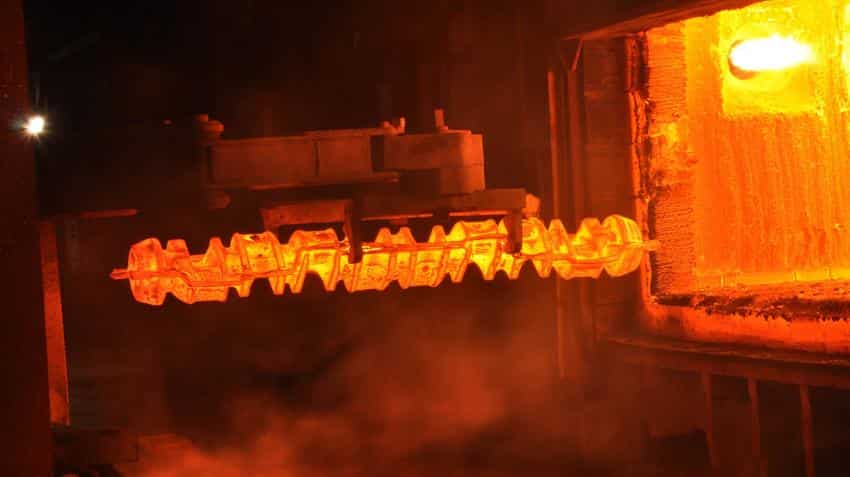 "We had a very challenging quarter largely because of continuing weak demand and inventory destocking in the commodities space, especially in the Oil & Gas space. This coupled with the severe downturn in the North American truck market has resulted in a weak performance in Q1", Baba Kalyani, Chairman and Managing Director of Bharat Forge said.

The total income of the company declined from Rs 1215.9 crore in Q1FY16 to Rs 982.6 crore in Q1FY17. The total revenues declined by 19.3% in Q1FY17 to Rs 957.1 crore as against Q1FY16. The domestic revenues registered a strong growth of 10.8%, but was negated by 40% de-growth in exports that was affected mainly by a declining US heavy truck market and the commodity related sectors in the Industrial sector.

The EBITDA declined 31.3% to 253.7 crore in Q1FY17 as against 369.20 crore. Giving the reason behind the fall in EBITDA, the company said that it was affected by product mix with lower value addition and lower realization.

"Looking ahead in to Q2, we anticipate demand to be slightly higher compared to Q1FY17 with positive demand in India across automotive & industrial, while the challenging demand environment in the export industrial sector will continue for some more time as the global economies adjust to the lower commodity prices", Kalyani added.