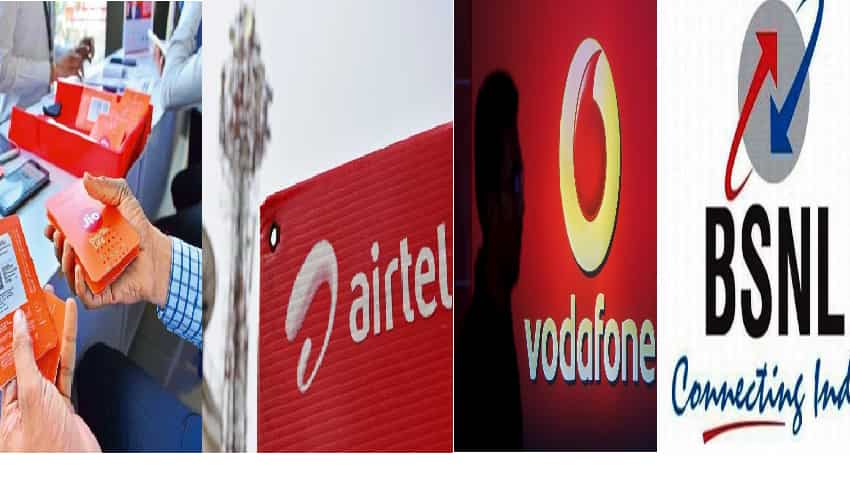 Reliance Jio managed to attract a lot of customers in a very short period of time with its several offers. To get more subscribers and retain the old ones, Bharti Airtel, Vodafone-Idea as well as Bharat Sanchar Nigam Limited have also followed the footprints of RJio, in giving the former company neck-and-neck  competition by providing  best offers at pocket-friendly rates for its consumers. The telecom giants update their plans often to suit the needs and demands of the people.

Telecom operators Airtel, Reliance Jio, Vodafone-Idea and BSNL offer services in calling, SMS and data benefits under various plans. Let’s have a look at the best plans under Rs 200 offered by the top telecom operators compared for you:

Reliance Jio's most affordable plans under Rs 200 are their Rs 98, Rs 149 and Rs 198 prepaid plans.  Along with this, RJio also offers unlimited calling and SMS’s up to 300. Further, there is subscription on Jio apps for the consumers as well.

Meanwhile, Airtel also has a prepaid plan of Rs 98, Rs 169 and Rs 199 plans under their Rs 200 plans. Here, the company offers its subscribers 1.5GB data daily in 2G,3G and 4G network for 28 days. Additionally, they have 100 SMS free along with these plans.

In the prepaid plan arena, BSNL is offering its customers the Rs 186 and Rs 198. The prepaid plans come with 1GB of data for use in 2G and 3G networks per day along with unlimited talk-time and 100 SMS per day.