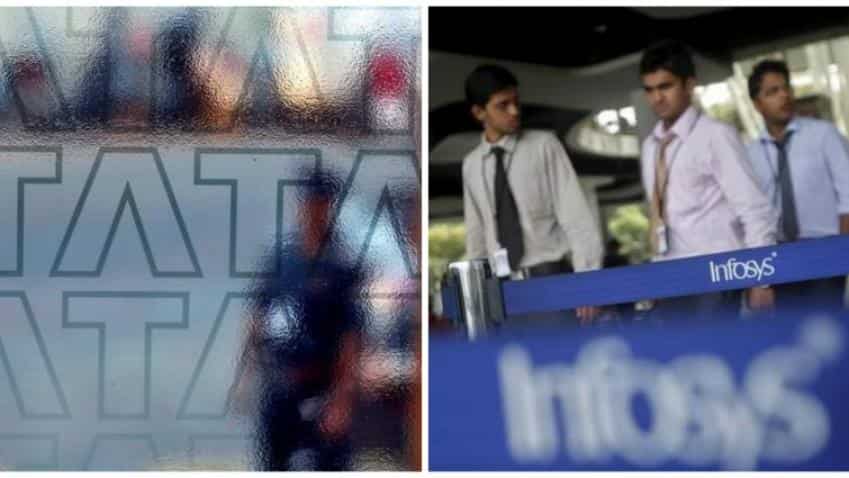 The attrition rate at two of India’s top IT firms slowed in the third quarter (Q3) of the financial year (FY17).

Tata Consultancy Services (TCS) which reported a 10.9% increase in net profit at Rs 6,778 crore and Infosys which posted 7% rise in net profit of Rs 3,708 crore on quarter, both beat street estimates and also recorded lower attrition rates in Q3.

Attrition rate is the churn rate or the number of employees leaving the company over a specified period of time.

Infosys added only 66 employees in the past quarter against 2,779 last year.

“Our annual client survey results show highest customer satisfaction since we started the survey 12 years ago and increased adoption of Zero Distance and lowered attrition, especially amongst top performers – these are some of the key indicators of the growing creative confidence of Infoscions," Vishal Sikka, CEO and MD said.

U B Pravin Rao, COO, Infosys, said, “Our continued efforts to improve employee engagement and experience resulted in a reduction in attrition.”

TCS which announced its results on Thursday, said that its total employee strength at the end of Q3 was 3,78,497 on a consolidated basis with a gross addition of 18,362 employees.

The total attrition rate further fell to 11.3% in IT services and was at 12.2% including BPS while the percentage of women in TCS rose to an ‘all-time high’ of 34.6% the company said.

“Our efforts and investments to build professionals with the right digital skills continues, and now, more than 1,90,000 TCSers are equipped with new capabilities to help our customers with their transformations. We are also happy that our retention rates continue to rise as we remain engaged with our employees to help them succeed in a digital world,” Ajoy Mukherjee, Executive Vice president and Global Head, Human Resources, TCS said.

Both the companies are dealing with changes in their top management corporate structure.

TCS on the other hand, lost N Chandrasekaran to the top Tata chair. On Thursday evening, Tata Sons announced that it had picked Chandra, as its chairman, filling the seat left vacant after Cyrus Mistry's ouster. TCS chief financial officer Ravi Gopinathan is now the CEO.