The LCV Business which was acquired by Ashok Leyland became a 100 per cent owned business of Ashok Leyland then we decided to merge them because it turned operationally efficient for us. 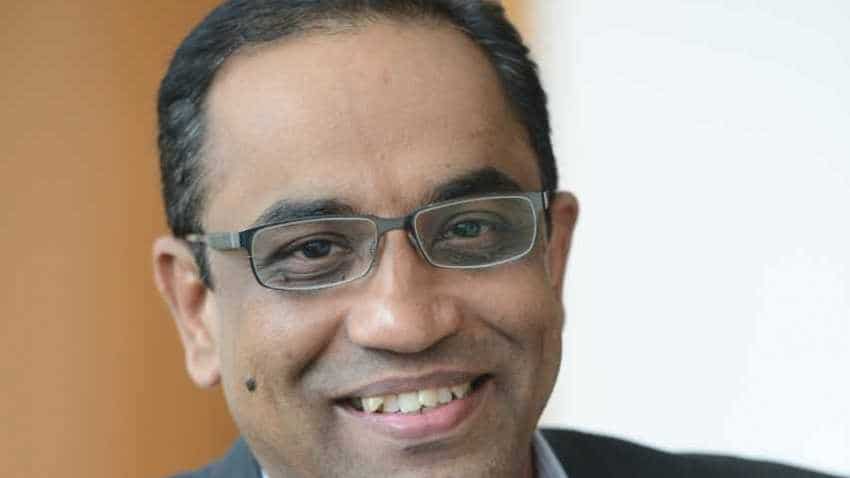 LCV business is highly profitable today and is growing very well and it has a market share is about 18 per cent. Image source: Zee Business

LCV business is highly profitable today and is growing very well and it has a market share is about 18 per cent, says Gopal Mahadevan, Chief Financial Officer (CFO), Ashok Leyland. During a chat with Swati Khandelwal, Zee Business, Mahadevan said we are also investing in LCV business and will be launching a new product under the project name Phoenix by 2020.Edited Excerpts:

Ashok Leyland’s number of the quarter is representing the merger of three subsidiaries. Update us on the performance and what are the highlights?
A: I think the merger has been very good. LCV business was merged because it has three different separate subsidies. The LCV Business which was acquired by Ashok Leyland became a 100 per cent owned business of Ashok Leyland then we decided to merge them because it turned operationally efficient for us.

We are able to take cost out of the operations very quickly out of it. So, LCV business is highly profitable today and is growing very well and it has a market share is about 18 per cent. So, we are very happy with the performance of the LCV business. In addition, we are also investing a lot in the LCV business and will be launching a new product under the project name ‘Phoenix’. The project will be launched in 2020, where our vehicles will weigh in the bracket of 5 to 7.5 tonnes. It will help us to gain volumes and shares. Overall, I think that the industry has grown 15 per cent, am taking about MHCV industry, in last year.

But, we have seen some amount of de-growth in Q3 and Q4, but it was expected because that was a base effect of the Q3 and Q4 of FY18, which was significantly high. And, we also had axel norms also. As we move forward, and the election results are out what we are expecting is a much stable environment due to the presence of a good atmosphere for demand revival. I expect that Q2 and Q3 are going to see some good demand and then we will have a smooth transition into BSVI.

Tell us about the impact of the raw material cost on margin and provide an outlook?
Yes, I think that the raw material cost in FY2018-19 was pretty high, especially in the case of steel. The prices were growing month-on-month despite the full year impact. We also had a challenge in the industry in terms of the pricing because discounting is prevalent in this industry, unfortunately. So, the twin issue of lower pricing because of discounting and high input prices did put pressure on operating margins but we were able to take cost out of the system. It helped us maintain a margin for the full year at 11.1 per cent. So, results were satisfying as far as we are concerned.

Update us on the current demand scenario in commercial vehicle segment and post elections do you expect any near-term defence orders from the government?
I hope, the orders are good more importantly, we have won a lot of tenders and Ashok Leyland has assured its capabilities in supplying defence orders. The number of tenders and orders that we have won are quite significant. What we want now is that these tenders convert into orders and hopefully, that will happen in the next couple of years and the ministry of defence will start placing orders.

As far as other aspects are concerned, then as I mentioned you that once the government is back we would want to step up in infrastructure spend and expecting that road construction will also continue and it will have a positive impact on sectors like cement and steel. Possibly, the real estate will start growing, if all this happens. Especially, if the core sectors start growing than it is going to be very important for the commercial vehicle industry to grow. Let’s hope and wait and watch that it happens.

Capex guidance for FY20?
Well I think in FY20, we can have about Rs1000-1500 crore of CapEx coming in because it is necessary. As we have an electric vehicle, BSVI and modular vehicle program in our kitty. Then we have a normal CapEx that has to come because we have to augment capacity as well. Plus, we have some investments in some of the subsidiaries, so we expect the number to be about anywhere between Rs1000-1500 crore.

You are entering in partnership with Tesla. Please clarify have u given any proposal?
I don’t think that we had any interactions with Tesla and I would only want to say that there has been no interaction with Tesla at all on any kind of potential partnership.