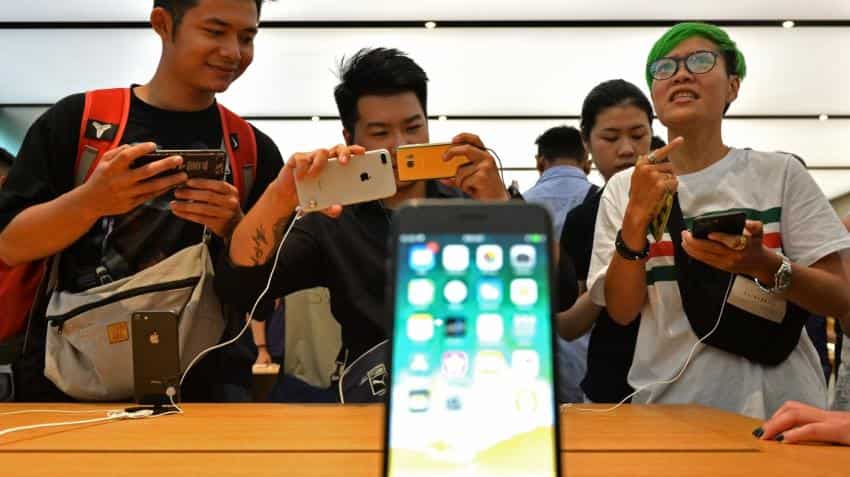 Customers look at the iPhone X in a showroom in Singapore. Image Source: IANS

Working 11 hour shifts at a factory in Zhengzhou, China, six high school students were cited in a report by Financial Times on Tuesday who said they were employed to assemble the iPhone X.

A total of 3,000 students from Zhengzhou Urban Rail Transit School were employed in September by Foxconn.

“We are being forced by our school to work here. The work has nothing to do with our studies,” one of the students said. She assembled up to 1,200 iPhone X cameras a day.

“Company policy doesn’t allow interns, who represent a very small percentage of its workforce, to work more than 40 hours a week on program-related assignments,” an emailed response quoted by Live Mint said.

“Number of cases where portions of our campuses have not adhered to this policy. We have investigated all of these cases and confirmed that while all work was voluntary and compensated appropriately, the interns did work overtime in violation of our policy,” Foxconn said.

This isn't the first time Apple has been accused of employing child labourers in the production of iPhones.

Foxconn's factory in Shenzhen that employed 430,000 people in 2012 had 13 year olds polishing thousands of iPhone glasses per day.

The children were allegedly working 16 hour shifts and paid 70 cents an hour.

Another report by Fortune in 2015 said a survey conducted by Apple in 2014 found 16 cases of underage labourers in six of its facilities.

The Apple iPhone X is selling for nearly $1000 in the US and its 64GB variant costs Rs 89,000 while its higher storage variant costs over Rs 1 lakh in India.